After two years of losses, the NBD reports profits in 2017 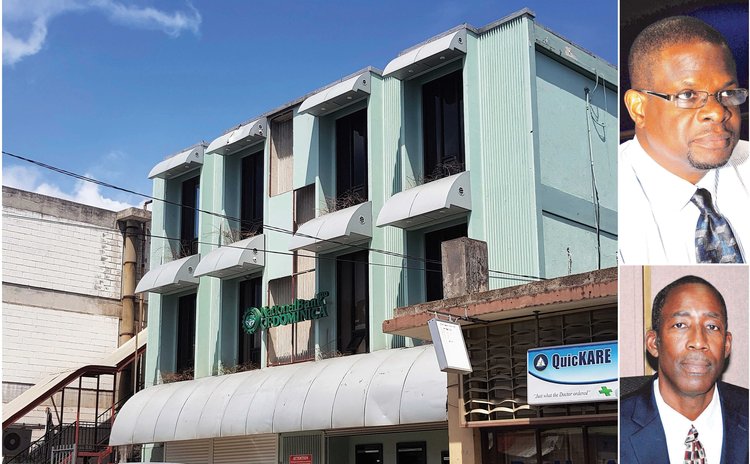 In 2017 dark clouds started blowing away and slivers of sunshine began peeping through the gloom. Good news, at last. In 2017 Dominica's major financial institution, the National Bank of Dominica (NBD), turned a major loss a year earlier (and also in 2015) into a relatively small profit of one-and-a-half million dollars.

"I am pleased to report an improved performance over last year, with a profit before provisioning and investment recovery of $20.85M and net profit of $1.67M," said Anthony John, the chairman of the board of directors, in the NBD's 2017 annual report. "These results exceeded 2016 levels by 106% and 136%, respectively. Paramount to this achievement, is the marked improvement in our investment portfolio".

"The aforementioned results were achieved at a time when the domestic and regional economies continued to struggle to record any growth of significance, given the targeted rate of 5% required to grow the regional economies," Edwards wrote in the annual report.

The NBD report described the banking sector in the Eastern Caribbean as "an environment of high liquidity and a competitive credit market, which reflects reduced credit demand and increased pressure on an already low interest rate margin".

The profitability of NBD's operation in 2017 was due to "lower interest costs, increased investment earnings and fee income", the report stated.

Although loans and advances declined by a net total of 7.8%, the NBD still enjoyed 60.36% of the share of the market, the report stated.

Nevertheless, in 2017 the bank continued to worry about its non- performing loans portfolio.

With a staff complement of 143, the NBD continues to be a major employer in an economy that Edwards has described as "sluggish" and with "a low demand for credit".

He reported that not much has happened to the proposed merger of NBD and banks of its type in the sub-region aggressive pursued by the Eastern Caribbean Central Bank governor, the late Sir Dwight Venner.

"The ECCB has, however, mandated the relevant banks to formulate workable action plans within the first half of the new financial year. We are currently exploring options, but discussions are still ongoing," Edwards wrote.

Meanwhile, John said the NBD "performed well despite market conditions" and in spite of these positive shifts the bank will not become complacent.

"We will remain focused on increasing profitability by improving key performance areas while cognizant of the competitive operating environment," John said. "We look ahead focused on creating long-term value for our shareholders. We have a responsibility to remain a strong financial institution for the benefit of our customers, shareholders and communities and to serve a higher purpose for our society."