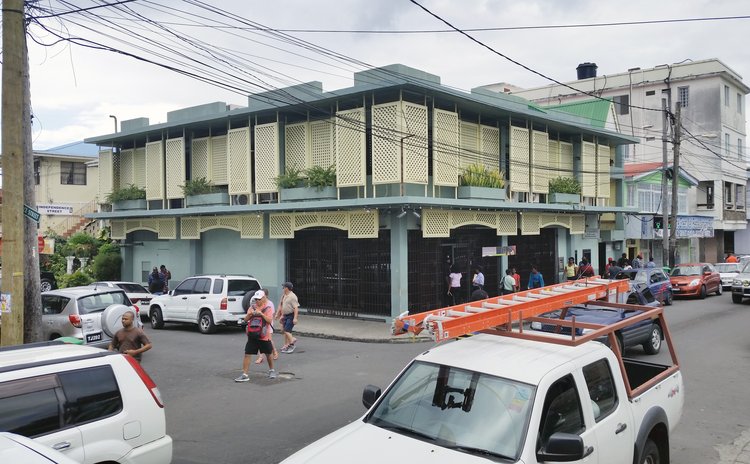 The National Bank of Dominica Ltd. Has announced the closure of its Independence Street Branch effective May 11th, 2015.

This closure comes following a considered review of the Bank's operations, the NBD said in a press statement.

The Independence Street Branch of NBD was established after the Bank acquired Banque Francaise Commerciale in 2004, in an effort to transition customers to NBD with minimal disruption. This objective has been accomplished for some time, he NBD stated.

In the release the NBD said Ellingworth Edwards, Managing Director of NBD said: "We recognize that the patrons of our Independence Street Branch have grown accustomed to conducting business there, however, we hope that they will readily do business at our location on Hillsborough Street, Roseau, which is in close proximity.

Edwards said that over the last few months, the Bank has taken measures, such as extensive renovations at the Hillsborough Street Branch in order to comfortably accommodate the customers as well as the employees from the Independence Street Branch, the NBD stated.

"We're doing all that we can to provide our customers with a comfortable and practical place in which we can continue to better serve their banking needs for years to come," Edwards said in the release.

NBD operates with branches in Canfield and Portsmouth.

In February 2015 another bank, the Bank of Nova Scotia, announced that it will be closing its Portsmouth branch on May 8th 2015 "as part of its global restructuring exercise" that identified the need to streamline operations by closing branches located in areas of slow growth.