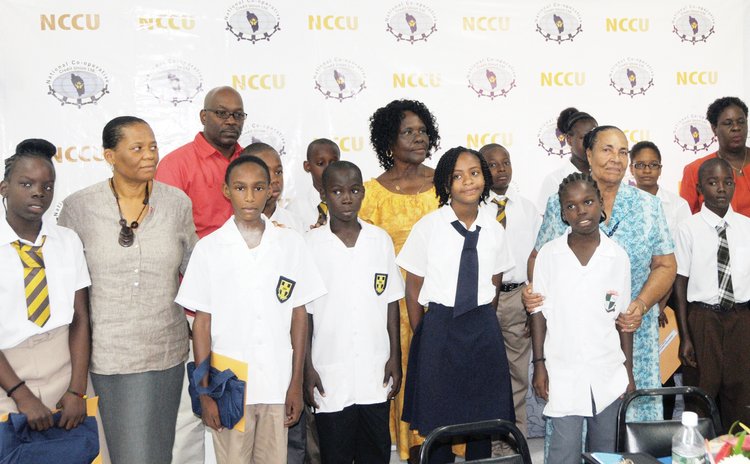 Some of the NCCU scholarship awardees

The National Cooperative Credit Union (NCCU) awarded twelve scholarships to students who were successful at the 2014 Grade Six National Assessment.

Speaking at the fourth NCCU scholarship ceremony at the Prevo Cinemall on August 8, 2014 NCCU President Michael Augustine stated that over the past four years since the NCCU amalgamated on November 1st 2010, it has awarded over $300,000 in scholarships to students all over Dominica and average of $82,000 per academic year.

He continued: "Addition of these twelve scholarships bring it to a quantum of 56 scholarship holders at secondary schools today.

"Helping these deserving young men and women may be one of the most important things that the NCCU does, it is in line with two of our seven cooperative principals which are education, training and information and concern for the community".