NCCU grows into a small giant

At five years old the National Cooperative Credit Union (NCCU) is still a kid but what a punch she's already packing. 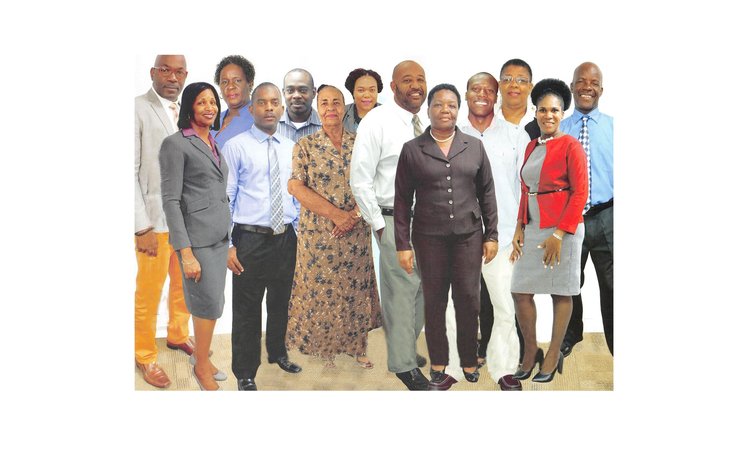 The 2015 NCCU board of directors (NCCU photo)

With assets of EC$471,206 million only the 38-year old National Bank of Dominica (NBD) is bigger than the NCCU; NCB has assets of $1,014,571,642. But given the way that this kid is growing the NCCU will be a giant before the grownups awake. In fact it's already a small giant.

"Staff is delighted to announce another successful and indeed, the most commendable year of performance," said a smiling Dexter Ducreay, the NCCU president in the credit union's 2015 annual report.

"Notwithstanding the challenges on the economic landscape, your Credit Union's financial performance strengthened during the year, resulting in a respectable return," said Ducreay. "Hardship faced by members affected their ability to meet their commitment and the situation was further compounded by the devastating effects of the passage of the storm (Erika) on several small businesses."

"(That's) evidence of members' confidence in the Society as a secure place to deposit their funds," said Ducreay.

But not all is rosy and bright at the NCCU. Like other financial institutions, the NCCU is grappling with delinquency made worst by Tropical Storm Erika.

"The number of requests for installment deferments increased significantly," said Ducreay. "Several matters were pursued through the Courts and others worked out through discussion with members".

Another challenge is the "significant reduction in the yield on investments, primarily fixed deposits," the report said.

"The increase can be attributed primarily to Personnel Expenses, Advertising, Publicity & Promotion and Bank Charges," the report stated.

In the year ahead, Ducreay says the NCCU will continue to take a proactive stance to operating in a sluggish economy if the NCCU and the credit union movement is to continue to perform well.

"Building on our most recent achievements and having regard to continuous risk management, the Society is poised to become a bigger and stronger financial institution," said Ducreay.

"We will continue to hold strong to our mission," said general manager Almar Irish, "to continue to be the leading financial institution providing services that enhance the quality of life of all consistent with cooperative principles."

It looks like the kid has become a five-year old adult.