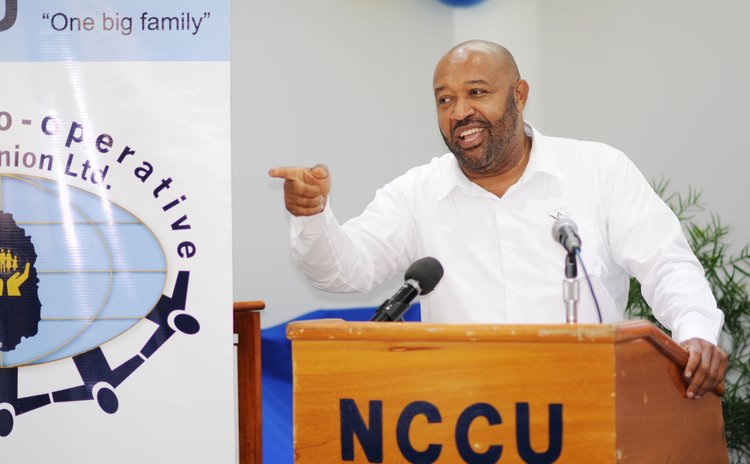 While other financial institutions are going in one direction the National Cooperative Credit Union (NCCU) is looking the other way. Towards its customers.

Instead of increasing rates for its services as all other institutions have been doing, the NCCU has made the daring move of giving $1 million to be shared among its 40,324 customers in the form of rebates for interests on loans in 2015.

Calling the move "an historic" event NCCU president Dexter Ducreay said last week that the NCCU believes it should share some of the EC$6 million surplus that that the institution recorded in 2015.

Some people believe the $1 million payback is NCCU's clever way of attract customers, especially from institutions that have disillusioned customers with increases in rates.

Ducreay described these rates as "repressive, poverty driven and anti the philosophy of banking as we know it today."

He promised that "as long as I am a member of this board this policy shall never be implemented unto our membership."

NCCU was established on November 1, 2010 following the amalgamation of the Roseau, La Salette, St. Paul, Castle Bruce and St. David's and Vieille Case Credit Unions. The credit union now serves over 40,324 members, manages assets of EC $471 million and is the largest credit union in the OECS.

"We can now refer to ourselves as the big six," said Ducreay. "I can proudly say we are the biggest and brightest and the best credit union in the OECS."