Government maintains a cloud of secrecy over the criteria for the distribution of houses. Officials won't answer the simplest of questions: how and who decides who gets what 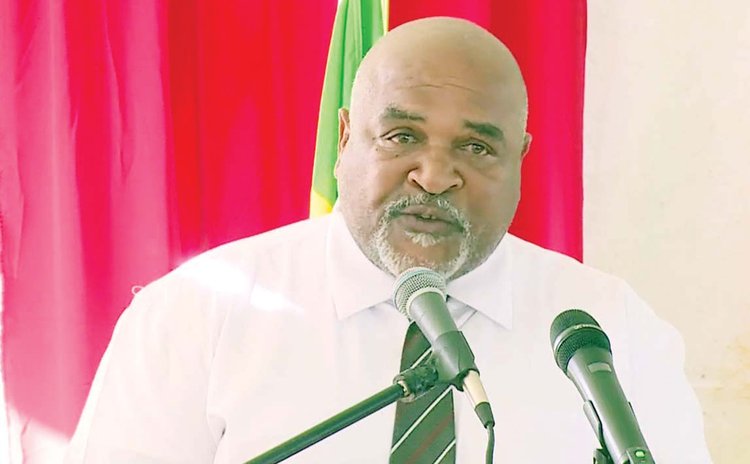 Government's lack of transparency in its handling of the much-touted housing programme is raising much concern among the opposition and the general population alike, with one social activist calling for a probe into the process.

"[We need] a commission of inquiry into the housing programme or a forensic audit so the Dominican people can get a better understanding of what's going on and what may go on in this housing programme," Loftus Durand, a campaigner for social change and good governance, told The Sun. "That's the only way we can rectify it."

The prime minister, Roosevelt Skerrit, has repeatedly promoted his plan to build 5,000 climate-resilient homes, boasting recently that some 1,500 people had already received keys.

However, several questions surround the programme, not least of which are whether the buildings are truly climate-resilient, the cost and actual ownership of the properties and the criteria for selecting the recipients.

"The critical thing is, if these buildings belong to the state, where did the state get the funds from to build it? And that has not been answered," said Nicholas George, the general secretary of the opposition United Workers Party (UWP). "So the state has not accounted to the people as to the source of funding. And if it is public investment coming from the Citizenship by Investment programme, that has not been accounted for . . . and that is of grave concern."

At a ceremony in Grand Bay late last month to turn over apartments to 30 families, the housing minister, Reginald Austrie, said the development cost $12 million, with each apartment costing $400,000. These are numbers that have raised eyebrows among many, including Dominicans who took to the blogs and social media to challenge the accuracy.

"In terms all of these houses under that programme there is absolutely no documented information that says a three-bedroom apartment, for example, costs $300,000, 'here's the details as to how we arrived at that $300,000'. There is no accountability in there," stressed Durand.

Questions have also arisen over the method used to select the recipients, with critics contending that the only qualifying criterion is to be a supporter of the ruling Dominica Labour Party, while people who still have tarpaulins over their heads three years after Hurricane Maria are being overlooked.

"What is apparent [is] the apartments are given to supporters of the Dominica Labour Party," said George, who stressed this would not be an issue had the funds been raised by the party. However, with Skerrit having made it clear that funding for the housing projects has come from the CBI, George told The Sun the administration is using state funds to discriminate against its opponents.

"If the money belongs to the state - and we believe that the money belongs to the state coming out of the sale of passports - then the government is practising discrimination at the highest level by discriminating against people in the community who are in need of housing, but are not qualified to get it merely because they are suspected of supporting the opposition United Workers Party . . . some of [whom] are still living in buildings covered with tarpaulins arising out of the destruction brought on us by Maria and deserve to be considered for housing, but did not receive it."

In our search for answers regarding the criteria and ownership, The Sun contacted the housing division which referred us to the parliamentary representative for Grand Bay, Edward Registe, who's also the DLP's general secretary. Registe, in turn referred us to Austrie who declined to accept our call or respond to a WhatsApp voice note seeking comment.

With the process as clear as mud – and no provisions made in the budgetary estimates for the programme - the administration continued refusal to provide clarity or information, particularly on the criteria for selection of recipients and how it arrived at the cost, has left the programme under a cloud, says Durand.

"At the end of the day the government alone knows what is there to hide in terms of the details," stressed the activist, "but when we put that programme really and truly under a microscope there is much to be desired . . . and we are not really as Dominicans aware of what is really going on."