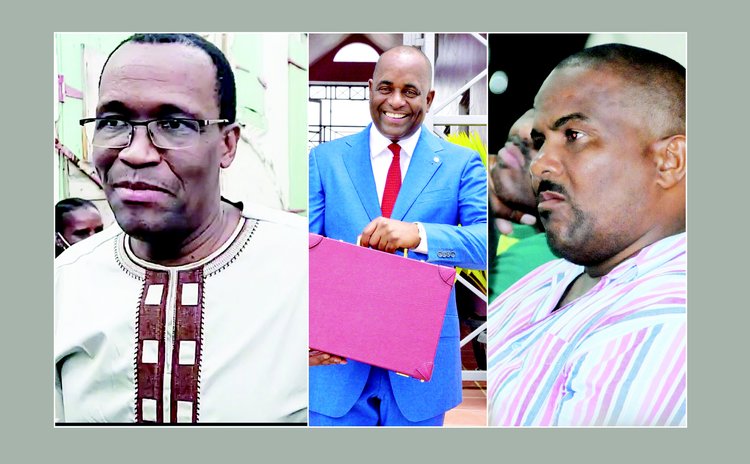 Single mother Lucia Benit is pinning high hopes on the 2022/2023 budget for jobs, concessions on healthcare and education, tax breaks, and measures to tackle the soaring inflation.

The mother of two told the Sun that comes next week when Prime Minister Roosevelt Skerrit presents his annual budget before parliament, she is hoping that there will be several immediate plans and measures to reduce some of the struggles of the common man.

With just a few days left for the all-important event of the Dominican financial calendar, economist Dr. Thomson Fontaine, who's an economic adviser to South Sudan, shares the same views and believes that the central focus on this year's session should be a relief "for the suffering masses in Dominica."

"We have seen it in other islands, it is being done in Barbados, St Vincent, Grenada, in Antigua so therefore it can be done in Dominica," he said. "Our people need some relief from the very high DOMLEC prices that are impacting not only person's ability to pay their light bills but it has a big impact on the price of goods in the market; it impacts public transportation and other areas of life in Dominica".

In addition to some type of subsidy that would cushion the blow, the economist believes can be taken to bring about a dynamic shift in Dominica's economy in the upcoming financial year is a better commitment to public sector spending, which Fontaine says "would really and importantly create jobs for Dominicans."

He also has his fingers crossed that Skerrit will announce while delivering his most important annual speeches, the retrieval of more of the revenues from the Citizenship by Investment Programme (CBI).

"Too much money belonging to Dominica remains offshore, this money needs to come into Dominica and this year's budget is the time to do that," Dr. Fontaine declared.

Finally, on his list is an undertaking by the government of Dominica that they will continue with the construction of the international airport.

He is of the view that this long-awaited project "is still talk," and believes that the government needs to show clearly how much they intend to spend in the budget this year that would prove that they are continuing to develop the airport which is said will be completed in 2025.

Recent university graduate Kylon Augustine is hoping that the government will strengthen its budget allocations toward initiatives that would encourage more young people to build their homes.

"While it is okay to hand out keys to an apartment to those who don't own land, I am hoping that in this year's budget, the PM will announce attractive measures for youth to be able to go to the bank and actually build their own home, instead of being handed one which you don't own," he told the Sun.

One of the ways which the 35-year-old believes that this can be done is by granting a duty-free concession on building materials for young people like himself.

Veteran farmer Hilary Shillingford holds the view that the agricultural sector can once again bloom, but this would require the government to take on initiatives such as the CARICOM food security policies to enable Dominica to get a stake in the market.

"One of the things I have always asked is that the government gives scholarships to young people to go and do marketing with a focus in agriculture," he pointed out to the Sun.

"What we see is a whole heap of doctors, a whole heap of lawyers, and a number of young people getting scholarships from the government but they never seem to come back. So what I am proposing to the government is to offer more degrees in the area of marketing and make arrangements so that these young people can return to assist us because we have a serious problem when it comes to getting our products out there," the farmer added.

Shillingford is hoping that during the Prime Minister's presentation, he will announce the return of the 50 percent loan- 50 percent grant which he says helped farmers tremendously in the past.

Other key aspects which he highlighted should be of paramount importance in this year's budget are the protections for farmers on the local market, the need for irrigation, and proper access to the farmers.

Adding his voice, one young man who lost his job as a result of the pandemic told the Sun that this year's budget should be outlined in 'recovery and growth.'

"The government needs to invest more funds in major industries, including infrastructure, real estate, manufacturing, and tourism so that they can emerge from the COVID-19 pandemic and increase employment. There is a need to increase the existing incentives to increase exports," the individual who requested anonymity stated.

When asked for his thoughts and expectations for this year's budget, the General Secretary of the Dominica Public Service Union (DPSU) Thomas Letang, informed the Sun that, unlike previous years, the union had not been engaged in any pre-budget consultation therefore, it's hard to determine what is expected to come.

Skerrit who is also the Minister for Finance and Investment will present the 2022/2023 national budget at the First Meeting of the Third Session of the Tenth Parliament on Tuesday, 26th July 2022.

As is customary at the start of a new parliamentary session, the President of Dominica, His Excellency, Charles A. Savarin will deliver an address.