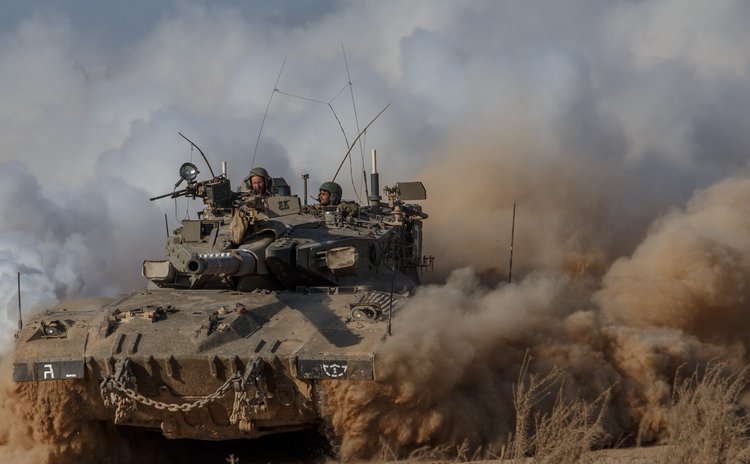 In a telephone talk with the U.N. Secretary General Ban Ki-moon, Netanyahu slashed at Monday's call by the council for "an immediate and unconditional humanitarian cease-fire."

"The statement relates to the needs of a murderous terrorist organization that is attacking Israeli civilians and does not address Israel's security needs," Netanyahu told Ban, according to a press release by his office.

The United Nations and United States are mounting pressure to halt the 21-day raging conflict between Israel and Hamas-ruled Gaza, which so far has claimed the lives of more than 1,030 Palestinians, at least 70 percent of whom were civilians, and 46 Israelis, including 43 soldiers.

Israel said Monday it embarks on a new "unlimited ceasefire" policy but both sides failed to achieve even a temporary lull. By noon, Israel resumed artillery shelling and air strikes in the northern Gaza Strip, saying the shooting was aimed at sites from which militants have fired rockets earlier Monday. At least two people were killed by the attacks, including a four-year-old child from Jabaliya. Hamas also resumed rocket fire, launching rockets towards southern Israel. No casualties or injured were reported.

On Sunday, Israel and Hamas launched fresh attacks despite back- and-forth over proposals for another temporary truce. Following intense U.S. and U.N. mediation efforts, both sides agreed on a 12- hour ceasefire on Saturday, but that lull could not be sustained.