Netanyahu vows to respond with "heavy hand" to synagogue attack 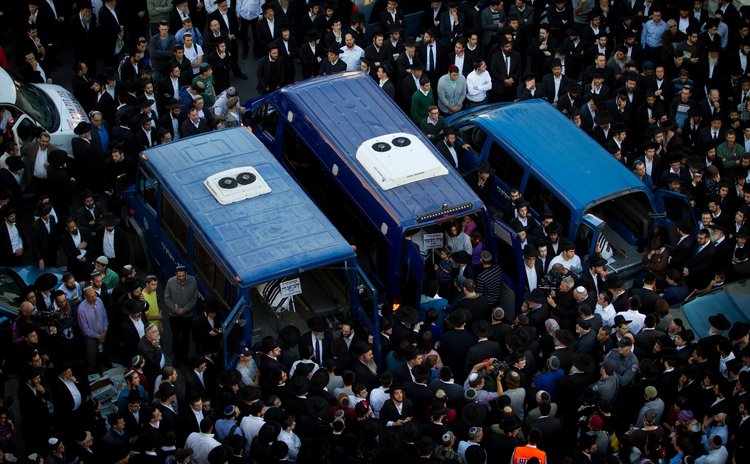 JERUSALEM, Nov. 18 (Xinhua/Sun) -- Israeli Prime Minister Benjamin Netanyahu said on Tuesday that Israel will "respond with a heavy hand" to a deadly attack at a Jerusalem synagogue earlier in the morning.

Netanyahu said the attack, which left four Israelis killed and eight wounded, was a "direct result" of "incitement" led by Hamas and Palestinian President Mahmoud Abbas.

The Palestinian leadership condemned the attack, saying "the presidency condemns the attack on Jewish worshippers in their place of prayer and condemns the killing of civilians no matter who is doing it," according to a statement issued on Abbas' behalf.

However, a Hamas spokesperson hailed the attack as a "quick response" to the death of a Palestinian bus driver on Sunday night, Israel's Channel 2 news reported. Though the Israeli police concluded that the death of Yusuf Hassan al-Ramouni, who was found hanged in a bus, was an apparent suicide, Palestinians charged that he was killed by Jewish extremists.

Two Palestinian assailants, armed with a gun and a butcher knife, stormed a Jerusalem synagogue during the morning prayers, police said, adding that the attackers were shot dead by the police.

Israeli security forces later raided the homes of suspects' families, and arrested several family members "on suspicion of assisting the terrorists," a police spokesperson said in a statement.

A Palestinian left-wing group, the Popular Front for the Liberation of Palestine (PFLP), said on Tuesday that two of its members were responsible for the deadly attack, and that "the attack was a natural response to the Israeli attacks on Jerusalem and on the Palestinians."

The raid triggered clashes between stone-throwing Palestinians and Israeli policemen, who used tear gas and reportedly sponge- tipped bullet to disperse the youths.

The incident comes amid a heightening unrest in Jerusalem, where tensions have been stoked over access of Israelis to the holy al-Aqsa Mosque compound.