As a Trinidad court makes buggery laws unconstitutional, Dominica's evangelists promise a fiery fight if we decide to imitate 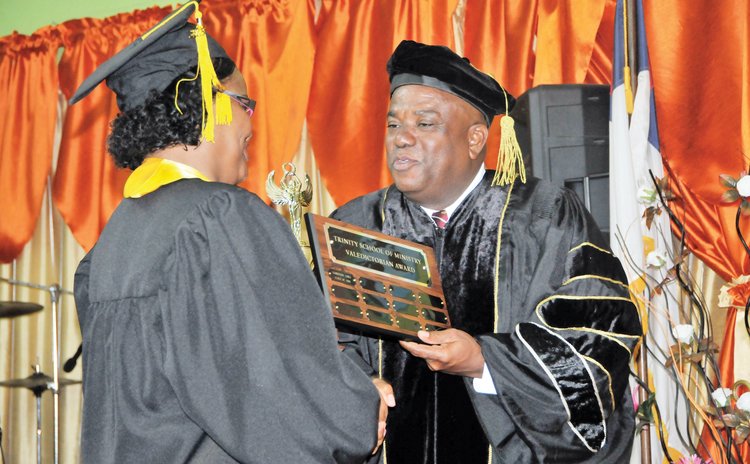 As far as gay rights activists here are concerned it's just a matter of time before someone sues the government over the right to have intercourse with people of the same sex.

"It is just a matter of time for the courts in Dominica to have the opportunity to do the same," Daryl Phillip, an advocate for the rights of minorities, including the lesbian, gay, bisexual and transgender community, says in reaction to a recent court ruling in Trinidad and Tobago which decriminalizes sex between two consenting people of the same sex.

On the other hand, the grouping of evangelical churches here warns that there'll be hell to pay should Dominica go the Trinidad route – or that of Belize in 2016.

"If one decides to follow Trinidad's example of making buggery unconstitutional on the books in Dominica we need to remember everything else that happens in that society, including all the ills that have accompanied the Trinidad and Tobago society to the point where certain Trinidadians are afraid to walk down town in Port of Spain, We need to understand that one does not come without the other," Randy Rodney, the president of the Dominica Association of Evangelical Churches (DAEC), argues.

The landmark ruling by the Port of Spain court this month could have implications for LGBT rights here, coming as it did on the heels of a report by Human Rights Watch, the international human rights organisation, in which it called on Dominica to consider advisory opinion 24 of the Inter-American Court of Human Rights "with a view to reforming legislation and policies on sexual orientation and gender identity".

The advisory opinion, issued in January this year, calls for the recognition of all civil rights for same-sex couples, including the right to civil marriage.

The Trinidad case was brought by Jason Jones, a gay man, who claimed that the long-standing legislation against buggery contravenes his constitutional rights to privacy and freedom of thought and expression in addition to being in direct contradiction to his country's international human rights obligations.

The judge, Devindra Rampersad, ruled that sections 13 and 16 of the Sexual Offences Act, which is directly related to buggery, were unconstitutional, illegal, null and void and of no effect to the extent that these laws criminalise any acts constituting consensual sexual conduct between adults, while explaining that the case was not about "religious and moral beliefs" but "a case about the dignity of the person and not about the will of the majority or any religious debate".

It is the same argument that Phillip, along with the minority rights group, Minority Rights Dominica, has been making for some time, and vows to keep making for as long as it's necessary.

"We have taken the issue to the cabinet of Dominica and have been basically told that they represent the wishes of the majority of their constituents. Since the LGBT community is in the minority of less than ten per cent of the population then there is no hope that the Government of Dominica will proceed to repeal the anti buggery laws," Phillips told The Sun in an email exchange.

"This leaves human rights advocates to take the matter to the courts to be ruled upon for justice and dignity for people of the country, thus ensuring that Dominicans can live a life with improved equality."

When Jones filed the lawsuit in February last year, he made it clear he did not "wish to shove a gay agenda down your [the public's] throat or attack your morals, religion or spirituality, I am doing this for the betterment of our nation and for our feature generations".

But for the evangelical churches here, morality and spirituality must be guiding principles by which a nation progresses.

Even as he admits that "morality really and truly cannot be legislated", Rodney argues that people must search their consciences and live their lives based on their views of what is right and wrong.

"That view of right and wrong must be founded on a moral standard. The question for everybody to understand is, who sets that moral standard? And if there is someone who set this moral standard that is higher than us we ought to give due recognition to his desire and his will in our lives."

He also warns against succumbing to the temptation to "follow blindly people who shout for changes in laws and changes in lifestyles" without taking the time to weigh the possible impact of such changes, including the economic and social consequences.

While he is heartened by the prime minister's assurances that "he will never, ever, under his watch" legitimise buggery here, Rodney vows that the DAEC will continue to oppose buggery.

"We will speak against it, we will stand against any move to even decriminalize buggery because we believe what God believes, but if the society wants to do that we will stand to warn them that there are consequences to every action . . . and in that case there are societal consequences, there are economic consequences and we must be very watchful of that. We must understand that we can't be seduced by what other countries do or the famous financial lobby of the LGBT community – we must not be seduced by that at all if we understand that there are other even more detrimental consequences," Rodney says.