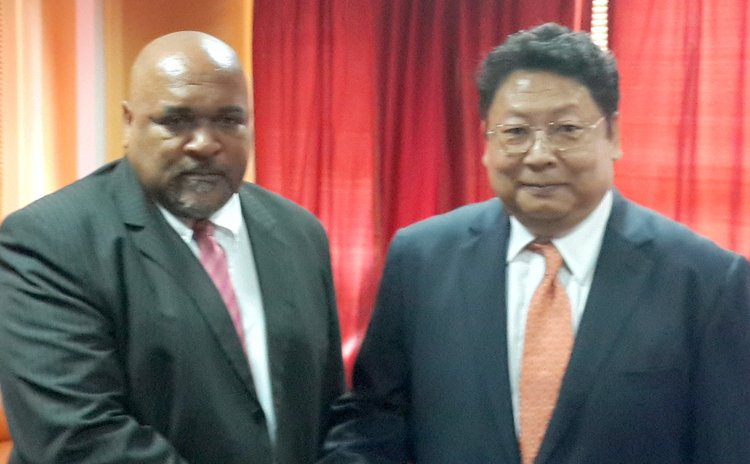 Ambassador LI who replaces H.E. WANG Zonglai, did so today Wednesday, January 8, 2014 at the Office of the Prime Minister at the Financial Centre in Roseau. Hon.

Ambassador LI presented his credentials to H.E. Charles A Savarin, President of Dominica. President Savarin highlighted the numerous areas of cooperation between Dominica and the PRC and described China as "one of Dominica's most significant bilateral partners". The Dominican Head of State added that relations between the two nations continue to flourish. Ambassador LI is the fourth Chinese Ambassador accredited to Dominica, since the establishment of diplomatic relations in March 2004. (Government Press Attaché)