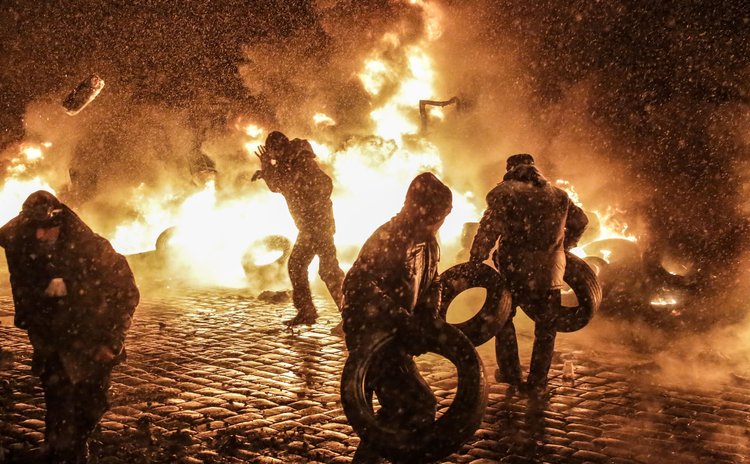 MOSCOW, Jan. 23, 2014 (Xinhua) -- Protestors clash with police in Kiev, Ukraine, Jan. 22, 2014. At least two demonstrators were reported to have been killed in Kiev on Wednesday morning during clashes

The protesters attacked police with Molotov cocktails outside the parliament building. Two vehicles blocking the way to the parliament were torched by the demonstrators.

Police responded with stun grenades and tear gas to push the crowd back.

The confrontation came the same day as parliament delayed a discussion of changes that would limit the powers of the president.

At least three police officers were injured during the clash, according to the Interior Ministry. No causalities in the demonstrators' camp have been officially confirmed so far.

The unrest marked the latest wave of clashes between demonstrators and riot police in the almost three-month-long political standoff, which began last November as peaceful demonstrations calling for the country's European integration.

The rallies turned violent on Jan. 19, when radical activists attacked riot police with fireworks and petrol bombs. At least four people were reportedly killed and hundreds of others, including police officers, injured during those clashes.

To end the unrest, President Viktor Yanukovych offered a series of concessions to the opposition, in particular a cabinet reshuffle, an amnesty for detained activists and scrapping controversial anti-protest legislation, which inflamed the earlier rallies.

However, opposition leaders have been pressing Yanukovych to hold early presidential and parliamentary elections and amend the constitution.