New opportunities to rethink agriculture in the age of mega-storms 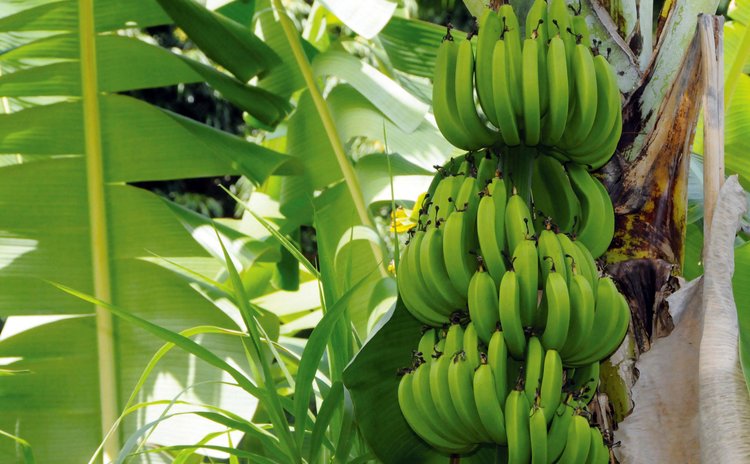 As the country grapples with the task of rebuilding and simultaneously planning ahead after the mighty blow that Hurricane Maria struck about one year ago, we believe policy makers have a unique opportunity to remodel agriculture, not only to make the sector more resilient, but also to build agriculture back to be one of the primary engines of growth. As we have said repeatedly, this current crisis in agriculture and the economy in general, is a terrible thing to waste.

For instance, if the frequency of named hurricanes and tropical storms that strike Dominica continues, the island will have to reassess its commitment to tree crops such as coffee, citrus, mangoes, coconuts, avocados and of course bananas and plantain.

These crops do not fare well in hurricanes and as Dr. Gail Defoe, the proprietor of Nature Fresh, a manufacture of herb teas, suggested in an article in the SUN last week, maybe agricultural planners such consider promoting the extensive production of herbs.

Of course, while we do not advocate abandoning tree-crop production completely we must return to the period when farmers grow a large variety of mixed crops with an emphasis on food crops. Starches, such as yams and dasheen, are relatively hurricane resistant whereas, as Dr Defoe stated raw materials from tree crops will be unavailable in large quantities for more than five years.

On the issue of making agriculture great again, to paraphrase President Donald Trump's campaign slogan, farming has to be positioned as serious business and "made sexy" as the Jamaica Gleaner said in an editorial in March 2018.

"In a large part, agriculture in Jamaica, like in most of the Caribbean, remains a low-tech, rudimentary operation, in the control mostly of peasant and subsistence farmers, little of whose output makes it to upstream production," the editorial stated.

To cause the sector grow again we need to reassess our food import bill. This is important because the island's current actions and policies are driving the population towards the consumption of imported foodstuffs rather than utilising locally grown produce.

Almost everyone in the region will agree with the view that the issue of food production and consumption is extremely important. The fact that CARICOM spends more than US$3.5 billion in extra regional food imports should propel us towards taking immediate steps to alter the situation. It is also conspicuously obvious that we cannot keep siphoning our wealth to foreign farmers while our country continues to be burdened with high rates of joblessness and a deepening social and economic crisis in rural areas.

So there are valid reasons why government needs to put additional focus on agriculture now in the post-Maria period. But we can assure you that words alone will not solve the problems. To set agriculture on the road to recovery there has to be a sustained effort from all stakeholders; government, in particular, has to take extraordinary measures to promote and protect domestic production.

That's why the statements by the minister of agriculture is amazingly naïve. While criticising the opposition's call more investments in agriculture, Mr. Reginald Austrie said in parliament last week that a $25 million grant that the World Bank has allocated was apparently adequate now.

"You only invest more when you utilize what you have," he said adding that what farmers need is plant propagation and technical assistance. We disagree, Mr. Minister because we believe that $20 million is a mere drop in bucket of agriculture's needs.

One thing is absolutely clear: the transformation of agriculture cannot be achieved if we do not confront some of the never-ending problems that have been affecting the sector for many decades. One of these is the large number of aged subsistence farmers who, with forks and hoes, toil over one-acre plots of land on hilly terrain. The point we need to stress is that the image of agriculture has to be transformed from one dominated by mostly old and semi-literate people to modern enterprises, using suitable and modern technology and controlled by young and sophisticated entrepreneurs and employees.

In addition, to start the process of recovery government officials should be advised to stop giving the impression that agriculture is in good health. Almost everyone will agree that the propaganda that non-banana agriculture is doing well is a gross exaggeration. Not only are recent improvements coming from a low base but production of most commodities is now lower than a half century ago.

Dominica has long way to go before it arrives at that critical juncture when agriculture is productive again. But if the country ignores food production and distribution then levels of poverty, malnutrition as well as non-communicable diseases will increase.

We therefore suggest that Dominican planners need to make an effort to rethink our approach to agriculture, especially in post-Maria Dominica.