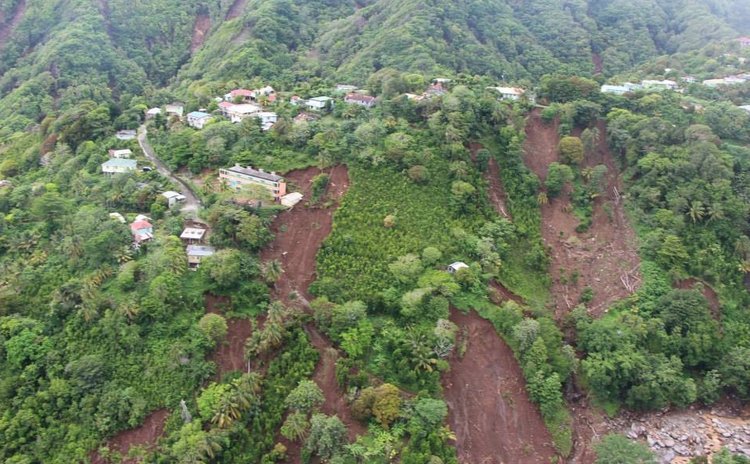 Petite Savanne evacuees have been offered a choice of alternative locations for resettlement.

Parliamentary representative Dr. Kenneth Darroux provided the displaced residents with survey forms offering a choice from Bellevue Chopin, Mopo/Marcatan, Warner, Saltan, Bordeaux and La Plaine. Residents are required to indicate their preference from amongst these communities or to state if they have another preference.

Dr. Darroux who met with the displaced residents at the Dominica Grammar School on Thursday evening said that the Government wants to ensure they are relocated to a safe place. He said the intention is to resettle as many of the displaced persons as possible in a new community which will include a school, playing field, and other amenities.

"I know that everybody is anxious for results since it's now three weeks since the devastation of the storm and everybody is looking for quick answers as to what is going to happen. But we have to understand that it's not just one or two homes which have been destroyed. We are talking about an entire community," he said. Dr. Darroux urged patience among the residents and called on them to support each other and to have confidence in the "powers that be".

"It's not just a simple matter of telling you go to this piece of land and we will build a home for you. We are talking about the relocation of an entire community and I am sure that most of you would like to see the Petite Savanne community remain together," Darroux said.

He added, "Work with us because there is no way that the government is going to get the likes and dislikes of everybody. The quicker that you the people of Petite Savanne can arrive at a consensus for a permanent resettlement location, the sooner the government will move to put the necessary things in place for that. It is all left in your hands and the sooner we can work together the better," Dr. Darroux said.

Meanwhile, Dr. Darroux told the gathering that Government has finalised arrangements with one Roseau guest house to relocate the displaced residents from their temporary accommodations at the Dominica Grammar School and Roseau Youth Centre.

"We have finalised with one such guest house but we are looking at a facility which will house most if not all the Petite Savanne residents where you will have your family and own privacy," he stated.

Further, Dr. Darroux assured residents that work is at an advanced stage for road access to Petite Savanne so persons can retrieve their household items and vehicles. Government has also secured a warehouse for the residents' possessions as they await the relocation arrangements.

Chairman of the Petite Savanne Village Council Edward Thomas called on the residents to stand together as a community in this trying time.

Residents of Petite Savanne and Dubique were evacuated from their communities following massive destruction by Tropical Storm Erika. Nearly 100 residents from Petite Savanne are still at the Dominica Grammar School.