New Petite Savanne: How will it affect the electoral boundaries? 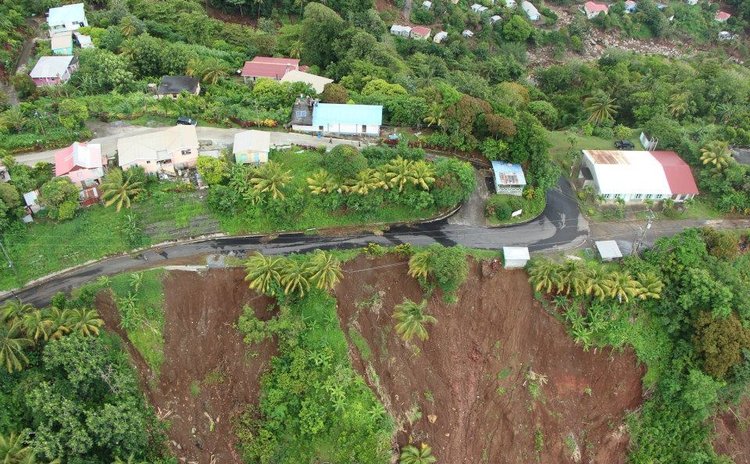 How will the relocation of the people of Petite Savanne affect the polls at the next general election?

The Opposition United Workers Party (UWP) says that although the issue is important it is not a priority at this time.

Recall that Petite Savanne was abandoned and its residents evacuated following severe floods and landslides during Tropical Storm Erika. The residents now live mainly at the Dominica Grammar School and at private homes.

Last week the government presented forms to the people of Petite Savanne so that they could indicate their preference among a number of potential sites for relocation. These were: Bellevue Chopin, Mopo/Marcatan, Warner, Saltan, Bordeaux and La Plaine.

During the December 2014 general elections, 2,746 electors made up that constituency which comprises of Bagatelle, Dubique, Stowe and Petite Savanne.

In that election the Dominica Labour Party (DLP) obtained 1,183 votes and the United Workers Party (UWP) 510. In Petite Savanne, there were three polling stations with a total of 808 electors. In December 2014 the DLP collected 339 votes and the UWP 221.

Asked for his comments on the Petite Savanne boundaries issue, Joshua Francis, the deputy political leader for the UWP and Member of Parliament for the Roseau South Constituency, said presently, that is not a concern and or priority of his party.

"That is not something which has been on my mind nor has it attracted much attention since there are far more important matters to deal with in the immediate future. However, this is something to be concerned about in the long run," he said.

According to him, political analyst, observers, must pay attention to whether the relocation of persons from the Petite Savanne constituency will have any ramifications on the outcome of an election in any constituency in Dominica.

"Several areas have already been identified as possible relocation sites for them. If 200 residents from Petite Savanne were to be relocated in the La Plaine constituency…the question is whether the relocation of these residents will affect the outcome of a general election in that constituency in 2019. The answer is yes of course since this seat is a marginal one. However, I will hasten to add that, that is not a ground at this time to oppose relocation," Francis said.

He added: "They need to be relocated…they have lost private property, the entire community has been devastated and they must be in a state of shock, despair and anxiety. People were born and bred there, plus some are in there twilight years. This is not a big issue yet for me.

"But, I would be politically blind if I do not pay attention to what is happening. Because, obviously, we have to be vigilant as a party because at the end of the day, one voter can tilt the results of an election in favour of a party. As for us in the UWP while this has arisen, this is not important for us; our issue is the life of the people and proper relocation. We also have to consider in the future if there will still be a Petite Savanne constituency," he said.

He continued:" I will however welcome them in my constituency, I have a very close relationship with them, I taught at the Pierre Charles Secondary School and my great grandmother is from that area so I have roots there. But when the time is right, this will be for the Constituency Boundaries and Electoral Commission to deal with," Francis stated.

The Constituency Boundaries and Electoral Commissions are established by Section 56 (1) of the Constitution of Dominica. The Boundaries Commission consists of the Speaker of the House of Assembly as chairman and four members appointed by the President acting of the advice of the Prime Minister and the Leader of the Opposition.

The Boundaries Commission is responsible for, among others, the review of the constituency boundaries and the number of constituencies.