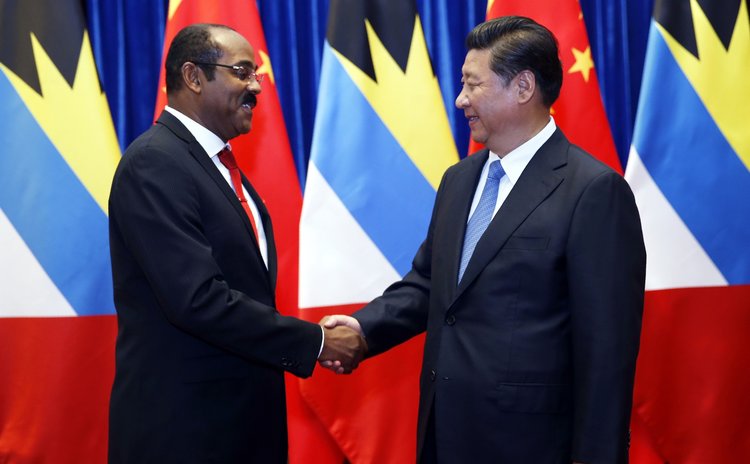 It is the important basis of China's foreign policy to strengthen the unity and cooperation with developing countries including countries in Latin America and the Caribbean. In this century, in pursuing the goal of common development, China and countries in Latin America and the Caribbean have made great progress in deepening their cooperation in the fields of political, economy, trade, culture and people-to-people exchanges, etc. and dealt with global issues and the world financial crisis hand in hand.

China is the second largest trade partner and the third largest investor of Latin America and the Caribbean countries. In 2013, bilateral trade between China and CELAC countries reached USD $261.57 billion. China's total investment to the region was USD $86 billion. In January-November 2014, trade between China and CELAC countries amounted to USD $241.93 billion, an increase by 1.3% as compared with the same period in 2013. In the first half of the year 2014, investment to the region from China was USD $9.06 billion. Cooperation has been fruitful is the areas such as energy, natural resources, infrastructure, finance, agriculture, manufacture and high-tech, etc.

China and Latin America and the Caribbean countries regard each other as its opportunity for development and share broad interests. It is an aspiration shared by both China and CELAC states to avail themselves of their respective advantages to upgrade their relationship to an overall cooperation based on a new platform.

Founded in December 2011, CELAC has regarded the development of its relationship with China as its top priority. In June 2012, Chinese leader's initiation for series and overall cooperation with CELAC states received positive responds. In August 2012, regular dialogue system was established between China and CELAC troika foreign ministers. Since 2013, President Xi Jinping and other Chinese leaders have had in-depth and extensive exchange of views on stepping up China and Latin American and the Caribbean overall cooperation with leaders of CELAC members. Major consensus has been reached. In January, 2014, the 2nd CELAC Summit adopted the Special Declaration on the Establishment of the China-CELAC Forum, which laid down the important groundwork for initiating the comprehensive cooperation between China and Latin American and the Caribbean countries.

As is mutually agreed upon by both sides, the theme of the meeting is "New Platform, New Starting Point, New Opportunity-Jointly Promoting China-Latin America and the Caribbean Partnership of Comprehensive Cooperation". This meeting is a realization of longtime expectations. Foreign ministers and representatives of China and CELAC members will discuss about the principles guiding overall cooperation, key areas of cooperation, the building of forum mechanism and other topics, and adopt relevant outcome documents in the spirit of mutual respect, equality, mutual benefit, win-win cooperation, openness and inclusiveness.

As the host of the meeting, China is looking forward to work with the CELAC members to ensure the success of the meeting so as to set a good start of the Forum and to promote sustainable development of the comprehensive cooperation between China and Latin America and the Caribbean countries and inspire the parallel progress of cooperation existing between China and individual countries in the region.

It is our strong believe that the success of the First Ministerial Meeting of the China-CELAC Forum will push forward our cooperative relations and set an example of the south-south cooperation.

(By the Embassy of the People's Republic of China in the Commonwealth of Dominica, Roseau, 5 January 2015)