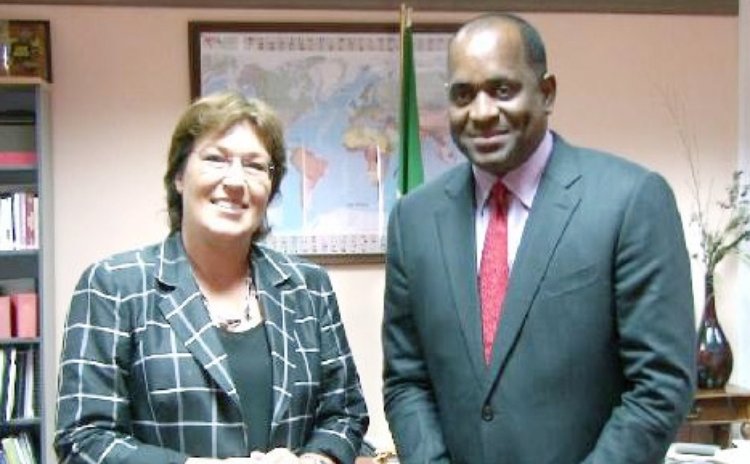 During their exchange of salutations, Prime Minister Skerrit thanked Her Excellency for her Government's sponsorship of a workshop on geothermal currently under way in Dominica and further stated that Dominica stood to learn a tremendous amount from New Zealand, in terms of its development of electricity generated from geothermal. "Like New Zealand the geothermal is important to us and we are on an onward march to take advantage of the resources that we have," the Prime Minister said.

High Commissioner Henderson in her reply stated that New Zealand was delighted to partner with Dominica on the workshop initiative. She said that New Zealand's 60 year experience of developing geothermal is a point of surety for the Caribbean. "Both Iceland and New Zealand have been doing, not just exploration but actual development, for almost two generations, so there is a body of expertise and experience that is tested and well proven. I think that is finding a lot of resonance amongst the people at the workshop."

Driving Geothermal Development "How to Realize Geothermal Potential Workshop" was held at the Fort Young Hotel in Roseau from March 27 to 28, 2014.