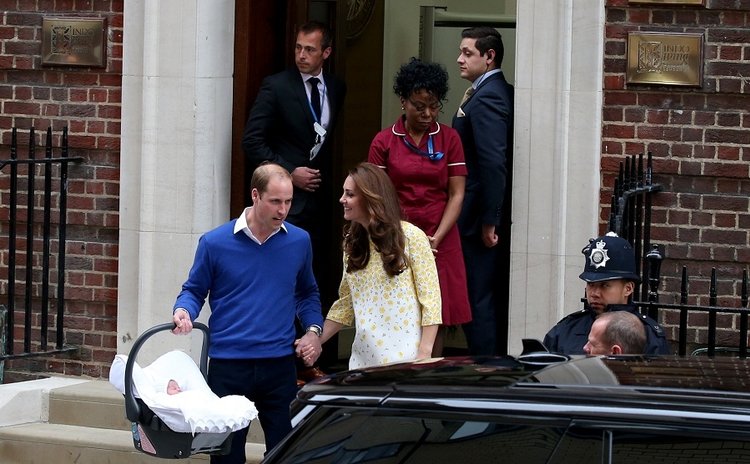 Prince William (R), his wife, the Duchess of Cambridge and their new daughter are seen in front of the Lindo Wing of St Mary's Hospital in London, Britain on May 2, 2015

LONDON, May 2 (Xinhua) -- The newborn baby girl made her first appearance to the public with the Duke of Cambridge and the Duchess outside St. Mary's Hospital on Saturday evening.

The Duchess and the Duke of Cambridge looked very relax with smiles on their faces. The Duchess was taking the baby in her arm and the baby girl was asleep.

The couple didn't say anything in front of the media. But the Duke of Cambridge said he was "very happy" at the arrival of his second child when he went to Kensington Palace earlier this afternoon to take his son to the hospital.

The older brother Prince George has met his sister in the afternoon.

The royal family then left the hospital for Kensington Palace, which just needs a few minutes.

"Her Royal Highness and her child are both doing well," Kensington Palace said in a statement Saturday morning.

The newborn Princess is now the fourth in line to the British throne, behind her brother George, father William and grandfather Prince Charles.