Next year crucial for fight against climate change, but hurdles remain 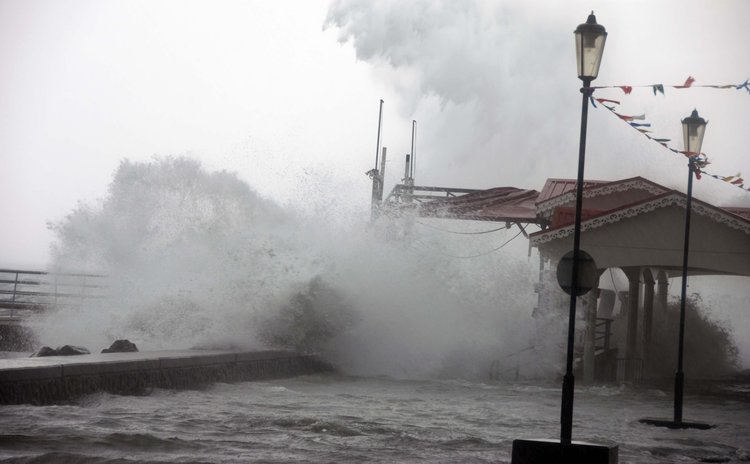 WASHINGTON, Dec. 24 (Xinhua/Sun) -- The clock is ticking toward next year when world leaders will converge on Paris in a bid to hammer out a deal on climate change, but there are a number of hurdles that, if not overcome, could result in a flimsy agreement, U.S. experts said.

At issue is whether the world can agree on a robust plan to cut carbon emissions and take measures to tackle climate change at a time when scientists fret the problem is getting worse amid rising world temperatures and an increase in sea levels and super storms.

Many governments appeared to put the issue on the backburner until recent months, which saw major summits in New York and Lima, Peru, as well as a November breakthrough deal between China and the United States -- the world's two biggest economies and carbon emitters -- to significantly cut harmful emissions.

Although the deal sparked new optimism that a worldwide agreement on climate change could be reached, obstacles remain.

Indeed, attempts to tackle climate change are dogged by the same problem year after year -- the split between developed and developing countries. While developed countries are historically responsible for decades of CO2 buildup that has heated up the planet, they argue that virtually all nations must cut emissions, and there are ongoing disagreements over how much each country should cut.

However, many developing countries contend there is no way to lift millions of their people out of poverty other than the heavy use of fossil fuels to boost industry, grow the economy and create jobs.

Moreover, some experts argue that any agreement made in Paris will likely be voluntary and not legally binding, which could give countries a significant amount of wiggle room in efforts to reach the goal of keeping global climate averages from rising higher than 2 degrees Celsius over pre-industrial temperatures, experts said.

Indeed, while many media outlets labeled this month's climate change meetings in Lima -- a prelude to the Paris talks -- as an important step, the agreement was voluntary and not legally binding, New York University's adjunct professor Keith Kloor said in an interview with Xinhua.

Still, other experts have expressed optimism. Speaking to a group of participants in September's 2014 ICFJ-United Nations Foundation Climate Change Journalism Fellowship, Columbia University's Jeffrey D. Sachs said Paris is the last chance to close a global climate change deal, but emphasized he believes an agreement will be reached.

"I have been optimistic that we will have a Paris deal, and I remain optimistic," said Sachs, who heads Columbia's Earth Institute, in a follow-up interview with Xinhua. While questions remain over what the deal will look like, the chances for a quality deal are increasing over time, he said.

The China-U.S. announcement is an important step, he said, referring to the China-U.S. deal that has breathed new life into the negotiations. In an unexpected move last month, China announced it would peak its emissions and aim to take a fifth of its energy from non-carbon sources by 2030. At the same time, the U.S. agreed to slash 2005 levels of emissions by 26 percent to 28 percent by 2025.

China and the U.S. are ramping up their engagement on climate change in the lead up to next year's Paris talks, with U.S. Secretary of Commerce Penny Pritzker and Secretary of Energy Ernest Moniz announcing earlier this month that they will lead a business development mission to China in April that will focus on industries supporting smart cities and smart growth.

The trade mission will help U.S. companies launch and increase their business in China in non-carbon forms of energy. This comes after a number of other initiatives on climate between the two countries.

Echoing the optimism sparked by the China-U.S. deal, many observers were encouraged over the last-minute agreement at the Lima talks in December, which some billed as evidence that the developed-developing country gap can be bridged, although others predict the split will continue.

But there may be another hurdle, as U.S. President Barack Obama made the China deal without the backing of Congress. Republican lawmakers have long been wary of Obama's proposals on climate change, claiming that measures favored by the president, if enacted, would put unfair burdens on U.S. businesses and kill jobs at a time when millions remain jobless several years after the worst recession in decades. It remains unknown whether the Republican Party will try to derail parts of the deal when the new Republican-led Congress reconvenes next month.

#### Carbon capture could be the key

Sachs and other experts believe much promise lies in carbon capture and sequestration, a technology that would essentially capture and store harmful carbon emissions. While the technology remains unproven, many experts say it shows real promise.

The U.S. has spent billions of dollars on researching carbon capture, and Sachs said China could well become a pioneer of this potentially game changing technology, which may eventually allow China to continue burning coal while reducing emissions.

Many developing countries contend there are few real alternatives to coal, which is cheap and efficient, despite being damaging to the environment and people's health.

Coal is the fastest rising energy source worldwide and currently provides 40 percent of the world's energy needs. It is the second source of primary energy in the world after oil, and the main source of electricity generation, according to figures from the International Energy Agency.

Writing in Wired magazine, Charles C. Mann argued China's industrialization and the lifting of millions of people into the middle class could not have happened without coal. And with oil and natural gas simply too expensive for many Asian countries to import, Mann quoted experts who contend the use of coal is a must.

That could make carbon capture technology the best option for now, some experts argue. Sachs called for a major global consortium agreement, by the time of the Paris summit, between China, the U.S., the European Union, Canada, Australia and others to scale up significantly the research, development and demonstration projects around carbon capture.

He also called on governments and the private sector to set up large-scale public-private partnerships around the technology, with each side covering 50 percent of the overall costs.

Climate change's impacts on parts of the world are as bizarre as any science fiction film.

Recent reports find climate change is getting worse, with sea levels, global temperatures and super storms on the rise, according to a report during summer by the U.S. National Oceanic and Atmospheric Administration.

A number of the world's low lying islands face increased risk of more frequent and intense flooding due to rising sea levels, which are a result of climate change. Central Pacific island nation Kiribati is expected to one day be swallowed up by the ocean, and the nation's government is making plans to offload its entire population to another country in the region.

Low lying regions in places like Bangladesh are seeing more severe flooding than in years past, which some scientists attribute to climate change.

Speaking at the same journalism fellowship, Werner Obermeyer, deputy director at the World Health Organization's UN office in New York, said diseases are being transmitted from animals to humans at an unprecedented rate. Avian influenza, for example -- commonly known as bird flu -- has spread in Asia as an indirect result of climate change.

Changing climate conditions have sparked an increase in droughts and floods, which has caused changes in vegetation, and that has in turn caused birds to change their migratory flight patterns over the past couple of decades, Obermeyer told Xinhua in a follow-up interview.

This has brought them into contact with animals consumed by humans and spurred bird flu's spread to chickens and geese. The spread has not happened at people's dinner tables, but rather occurs in the slaughterhouse, when people come in contact with contaminated blood, Obermeyer said.