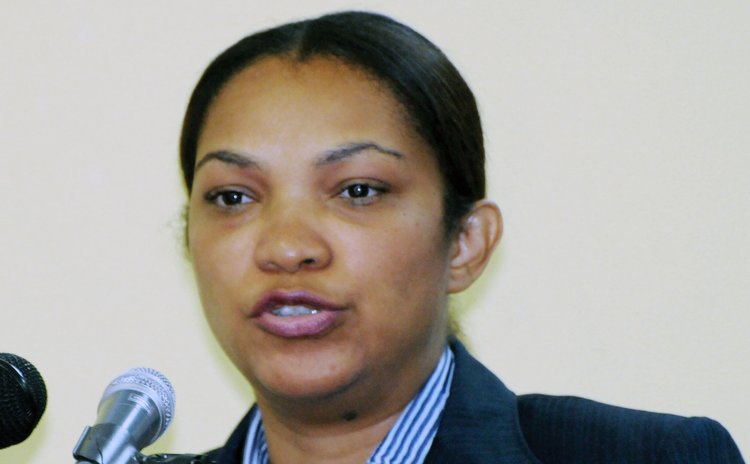 A group of non-Government organisations has outlined an action plan to influence changes in reporting, investigating and sentencing of persons convicted of sexual offences.

Speaking at the press conference on May 13, 2015 at the Public Service Union, Tina Alexander of Lifeline Ministries and member of the Coalition said the group supports a statement made by Prime Minister Roosevelt Skerrit related to the sentencing of persons found guilty of sexual related crimes.

Skerrit said on May 12, 2015 that "The issue of sexual offenses against minors is a major concern whether is one child, 15 children or two children; any such should be condemned by our people and we must hold he who has caused the crime responsible."

He added that that the law is very strong and in terms of sentencing and the maximum sentence for someone guilty of a sexual related case is 25 years.

"If the court gives somebody four years or eight years we cannot hold the Government responsible for that because the Government has gone to the parliament to enact laws saying the maximum is 25," he said.

Skerrit added that Cabinet has discussed two recommendations related to the sentencing of persons convicted of sexually related crimes.

"Once you report the matter it becomes a criminal case, once you give a statement that statement is going to be used in court. (Secondly) in respect to putting a minimum and maximum, so instead of 25 years you could say a minimum of 10 years and a maximum of 25 years; so it allows the courts now to be constricted to a minimum because if you say maximum 25 nothing prevents the court from giving you two months or a year."

Meanwhile, member of the NGO Coalition and Programme Manager of Child Fund Caribbean, Gelina Fontaine revealed a six-point action plan that the Coalition intend to implement in its fight against sexual abuse.

Fontaine said the Coalition is looking towards legal reform where that the law should be amended to protect those that have been sexually violated from being intimidated and bribed by the accused. In addition to legal reform she noted that a family court system will be extremely valuable in dealing with this matter.

"If you notice last year, 2014, we had over 100 cases of sexual violations among children and this year as you know we just had a handful of those cases. What that says to us is the volume of cases that come through annually may be not necessarily the volume that get out through the court system," she said.

She also added that the Coalition is also suggesting harsher sentencing for convicts of sexual crimes so that the sentences act as deterrents to committing further offences.

She said the Coalition will examine an integrated protocol and that child sexual abuse investigations should be managed by the relevant stakeholders.

"Mandatory reporting is a huge one and that would really cause a dent in the situation we have right now," she said. "Reporting of child sexual abuse should be mandatory and professionals working with children should all sign a code of ethics as a condition of employment."

She noted that the last step the Coalition will take will be ensuring that a list of convicted sexual offenders will be available to the public noting that the publication of this list will not require a change in the laws.

To raise awareness of their cause, the Coalition will host its first town hall meeting on May 20, 2015 at the Public Service Union.