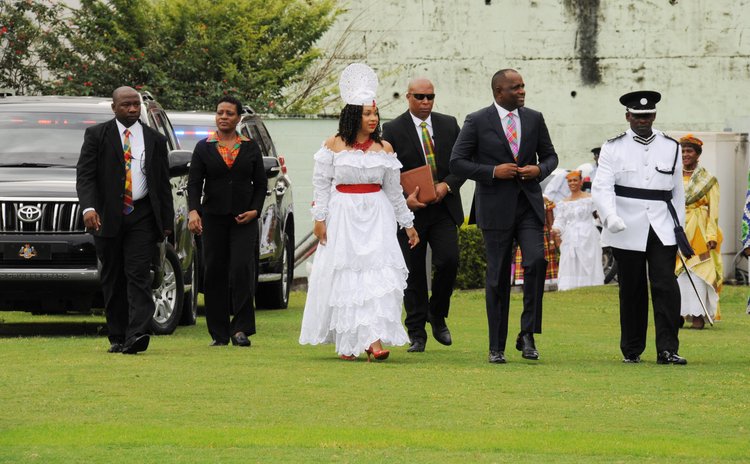 Prime Minister Roosevelt Skerrit addressed the nation this morning on Independence Day during the Parade of Uniformed Groups at the Windsor Park Sports Stadium.

In his half-hour address Prime Minister Skerrit didn't say much that we haven't heard recently or anything that was quotable.

Unless you consider this.

In his speech, Mr. Skerrit compared the current flu epidemic to the recent opposition United Workers Party No Confidence Motion in his economic policies and performance.

Then the prime minister began outlining his government's perspective of how much progress Dominica has made since Tropical Storm Erika in August 2015 devastated the island's infrastructure and economy.

He repeated statistics about rehabilitation of the villages of Dubique and Petite Savanne; the construction of the national hospital, one of the gifts that the Chinese promised when Skerrit adopted the One China policy in 2004 and new loan arrangements at the AID bank for farming and tourism.

Then he reiterated his view that nation building requires a curtailment of Dominicans being critical of their own country especially to overseas audiences.

"Every Dominica must see himself or herself as an ambassador of Dominica," he said adding that everyone must work together and put country first.