No funds yet from Lords for Windsor Park rehab 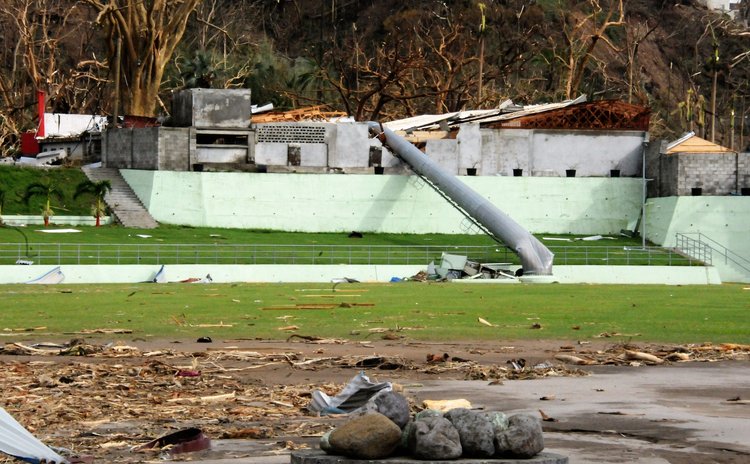 Emmanuel Nanthan, Vice President of West Indies Cricket Dominican has disclosed that very soon Dominica will know how much money it will be allotted from a charity cricket match staged at Lords in England on May 31, 2018 in aid of stadiums damaged in 2017 by hurricanes.

The charity match was played between the West Indies and a Rest of the World XI in a Twenty20 match at Lords to raise funds for the James Ronald Webster Park in Anguilla and Dominica's Windsor Park Stadium.

"I don't have any information re the ICC charity match," Garford Joseph, the manager of the Windsor Park stadium and officials of the Dominica Cricket Association (DCA) also had the same response.

However, Nanthan told the SUN that half a million US dollars was raised from the event.

"At a the recent board meeting of West Indies Cricket in St. Lucia two weeks ago, a committee was put in place to deal with that matter…the committee will be looking at each venue and access the damages and then submit its report in order for proper allocation," Nanthan disclosed.

Meantime, Joseph said repair works at the Windsor Park Stadium in moving smoothly and it is set for the World Creole Music Festival (WCMF) 2018 at the end of October.

"We are at a very comfortable stage at this time our walls are going up and all the roofs are completed. We are also doing an entire new fencing at the forecourt of the stadium. All our VIP boxes are also being fully renovated with carpets and all the necessary amenities," he said.

He continued: "What I can say to you is that we are pretty much on track with our works in time for the staging of the World Creole Music Festival (WCMF) this year. It must also be noted that the repairs at the stadium is a two phase period…the first phase is to have the place ready for the WCMF and the second is to have new lighting for the stadium to meet International Cricket Council (ICC) standard and also to replace the scoreboard which was newly purchased before Hurricane Maria but also got blown away by the hurricane. The repair work at the stadium was very extensive and this first phase so far has cost us EC$7.6 million dollars all from the government of Dominica.

"We are now gathering the proposals for the second phase. We also will be doing the entire surface of the field since it was damaged and lots of work is also required to get it in time for international cricket game by the middle of next year."