No jab, no job 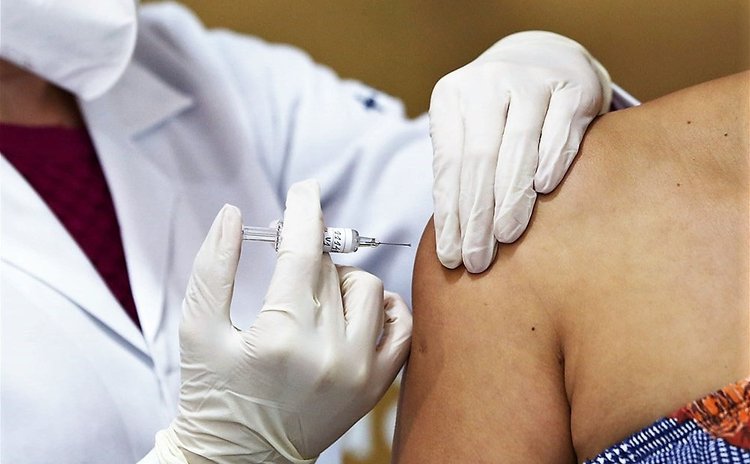 In the next coming months, anyone thinking of getting a job, without getting the COVID-19 vaccine, may very well be forced to think again, as vaccination may soon be the passport needed to get you from unemployed to employed.

Though Prime Minister Roosevelt Skerrit initially announced that vaccination will not be mandatory, changes are already being made by the government in certain sectors to make it mandatory, while certain business owners are following and stating boldly, without the jab, there will be no job.

Speaking to the SUN, a construction worker alleges that he recently tried obtaining employment with the Chinese firm who are building the Dominica China Friendship Hospital (DCFH), but says he was denied employment, on the basis that he did not want to take the vaccine.

"When I went there the very first question they asked me was whether or not I had taken the COVID vaccine. At first, I said yes, and the man I spoke to told me that I would have to bring in the vaccination card as well as my social security the next day," the young man who spoke to the SUN on the condition of anonymity stated.

According to him, upon returning the next day with only his social security card and admitting that he has no intention to take the vaccine, he was told that this is one of the requirements to getting a job with the company.

"He gave me a slip of paper with his number and said I should contact him only after I've received the vaccine," he further informed.

The Sun contacted the number written on the paper to confirm the validity of the allegation but was told by an individual on the other end, who sounded like a Chinese national "I don't understand your question," before hanging up and ignoring further attempts to make contact.

One popular Business owner has also stated to our team that while legally he's unable to dismiss any employee who refuses to take the vaccination, he will however not hire new staff who have refused the vaccination on non-medical grounds.

"What we've decided to do is include the COVID-19 vaccination on all our application forms," we were told. "Anyone who ticks no or skips this now vital question on whether they've been vaccinated, I'm sorry to say won't be hearing from us."

As to whether or not such a move is right, the business owner believes that his actions are justified.

While Dominica's Government has not made bold pronouncement like the Prime Minister of Antigua and Barbuda who informed residents that if the country does not get to herd immunity perhaps in the next 60 to 90 days there is going to be weeping and gnashing of teeth as his Government will make the vaccine mandatory.

But right here in Dominica changes are already being made in certain sectors.

According to Skerrit, in light of the cruise ships which will be coming to Dominica in June, all persons within the hospitality and tourism sector would be required to get vaccinated.

He has also announced that the Government will amend the certification criteria to include vaccination for those who are involved in tourism.

Considering the economic devastation wrought by the pandemic, compulsory vaccinations might seem an obvious move, says one senior attorney.

The legal expert further stressed that as COVID-19 vaccines become available, many employers will have a strong case for requiring employee vaccinations, so long as their vaccination policies have certain exceptions, are job-related, and are consistent with business necessity.

But Kent Vital, economist and former political leader of the Dominica Freedom Party (DFP) cautions that government and the private sector must not bully the people into taking the COVID-19 vaccination.

"But patience should be exercised with these persons too (people who are vaccine skeptics)," writes Vital in his weekly column Restoring the Essence of the Nation: "They must be allowed to decide what goes into their bodies".