No private doctor for Choksi 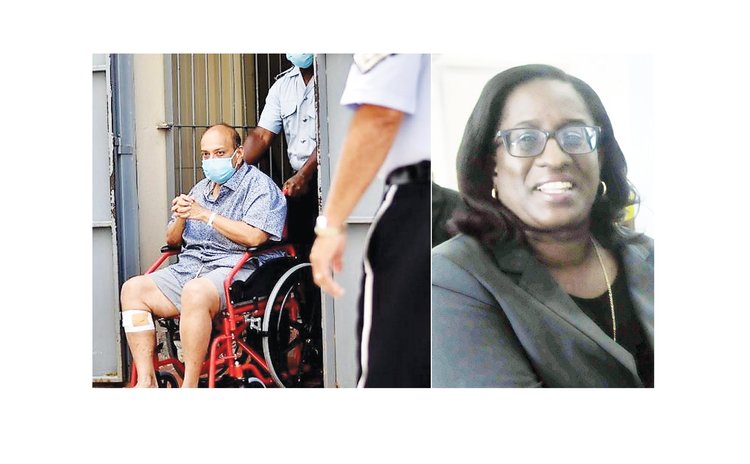 In what appears to be a ping-pong game, Dominica's magistrate court bats a request for Mehul Choksi to seek private medical attention to the High Court

A recent move by the prosecution to object to a request by attorneys for Mehul Choksi for private medical attention has received much criticism; some observers have labeled it a "debacle."

The National Joint Action Movement (NJAM) is now calling on citizens to publicly condemn the act whilst appealing to the United Nations Human Rights Commission to "bring the perpetrators of the crimes perpetrated against Mr. Choksi to justice."

On June 25, 2021, what was expected to be the commencement of the illegal entry trial of the alleged Indian fugitive and Antiguan citizenship holder Choksi turned into a heated and drama-filled argument in court on whether the accused who is a patient at the Dominica China Friendship Hospital could be granted access to a private medical doctor of his choice.

Whilst the prosecuting team led by attorney-at-law, Lennox Lawrence strongly opposed the application, Choksi's attorney said his life is at risk.

On June 2, 2021, the 62-year-old diamantaire who is wanted by Indian judicial authorities for allegedly cheating the Punjab National Bank of almost two billion US dollars, India's largest bank fraud in decades, pleaded not guilty to illegal entry in Dominica.

According to the charge of the police, Choksi entered Dominica illegally on May 24, 2021, at Toucari Beach. However, his attorneys alleged that he was kidnapped, beaten, and unwillingly brought to Dominica from Antigua.

The initial date set for the trial at the Roseau Magistrate court was June 14, 2021, but due to a decline in the defendant's health condition, the matter was adjourned to June 25. Yet, when the case came for hearing one of five attorneys representing Choksi Zena Moore Dyer produced another medical certificate to the court stating that the defendant is still unwell and unfit to attend court.

Presiding Magistrate Candia Carrette- George, then requested three attorneys from both sides to have an in-chambers discussion.

Upon their arrival back in court, Dyer made an application to the court for the accused to receive medical treatment from a medical doctor of his choice.

Instantly, Lawrence rose and objected to her request arguing that the Magistrate does not have jurisdiction to hear and rule on such an application as it is a matter for the High court.

However, determined to present her case, the veteran attorney insisted that Choksi has a constitutional right to a medical doctor of his choice and said since the Magistrate court is governed by the constitution, the objection hinges on his Right to Life enshrined in the constitution.

"This is a man who is bleeding in his brain…" Dyer said.

Dyer went on to note, apart from a constitutional right, this has been followed legally and in practice over the years in Dominica hence she questioned "why is there a difference in this court when it comes to this man?"

Joining the argument, her daughter Gina Dyer-Munro referenced a recent case in Dominica where Magistrate Michael Laudat granted a similar request and asked the Chief Magistrate to be guided by this ruling.

The attorney advised, "irrespective of who comes before the court, the court ought not to whittle down the medical health of any individual".

Firing back to their arguments, Lawrence labeled the application a "colossal abuse" of the court and added that due to "skillful maneuvering" Choksi is still at the hospital, all an attempt in his opinion to delay the process of justice.

In handing down her decision on the matter, Chief Magistrate Carrette-George said she does not have the jurisdiction to grant such a request and encouraged the defense attorneys to file the application in the High Court.