No replacement yet for Kertiste Augustus 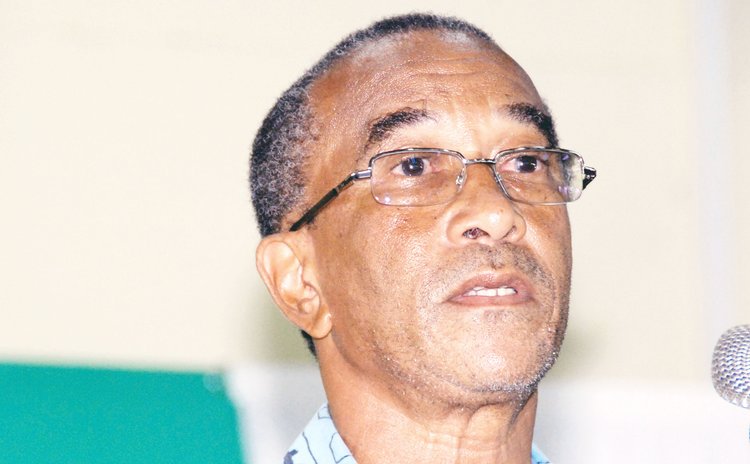 If anything can be guaranteed at the Waterfront and Allied Workers Union (WAWU) is that whoever replaces the late Kertist Augustus will have a mighty shoe to fill as in the five months since his passing a replacement has not been secured.

Augustus, who led the island's largest private sector representative body for nearly half a century as its General-Secretary, died on July 9, three days after being hospitalized at the Dominica China Friendship Hospital (DCFH) due to a stroke.

His passing was described as a colossal loss to the trade union movement in Dominica.

During his tenure at WAWU Augustus was said to have been passionate about membership education, and fought tirelessly towards the improvement of the lives of the employees and their families.

Speaking exclusively to The Sun, President of WAWU, Donald Rolle told us that while the executive has narrowed down its search to fill the vacant position, negotiations continue with the individual.

Though The Sun was informed by a few sources of the likely replacement, the President refused to let the cat out of the bag.

"We have one individual who we believe would be the most suitable choice for the position of General Secretary but as we speak, we are in the negotiation stage with that person so nothing has been confirmed as yet," Rolle stated.

In the interim, the President informed, the functions and responsibilities of the General Secretary have been divided among the staff and executive members for WAWU to effectively carry out its duties to members.

After the passing of Augustus, General Secretary of the Dominica Public Service Union (DPSU) Thomas Letang, vowed that a trade union congress will be formed to honour his late colleague.

The call for the formation of a TUC has been repeated every year during the observance of workers' day or May Day and to date, four trade unions have agreed with the formation of the congress.