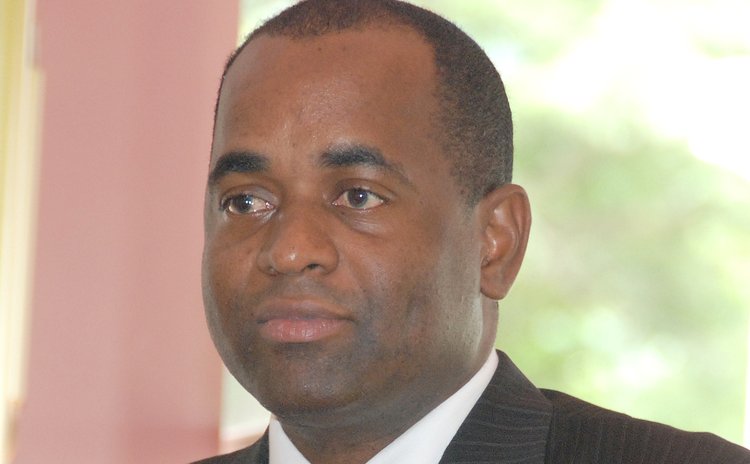 "There will be no new taxes and no unrealistic promises," said Prime Minister Roosevelt Skerrit as he presented his government's 475 million dollar budget for the 2013 to 2014 fiscal year.

Addressing Parliament on Wednesday last week, Skerrit advised Dominicans that the world economic crisis has not abated, as many persons expected, his budget had to reflect that reality.

"What was once unusual is now common-place," Skerrit said. "Our economy is too delicately poised and the regional and international economic environment too volatile and uncertain for us to make rash or opportunistic decisions".

"While this outturn is not in line with our projections, it is slightly above the average of the ECCU region," the Prime Minister stated, promising to do better next year. "The economy is projected to grow by 1.6 percent in 2013 and by a further 1.7 percent in 2014 supported by improvements in the agriculture, construction, and tourism sectors".

In 2012, Skerrit said, agriculture accounted for 12.3 percent of GDP and there was positive growth in all sub-sectors of agriculture except bananas which saw a 23.5 percent decline in production.

There was also decline in tourism, by 1.6 percent in 2012, due mainly to the under-performance of the cruise sub-sector.

"Although the total number of stay-over visitors increased by 3.5 percent over the previous year, the length of time spent and the amount spent per visitor dropped, resulting in an overall contraction in value added in the sector," he said. "Overall, the tourism sector is expected to grow by 1.5 percent in 2013."

The construction sector also declined, by 6.9 percent, because "Growth in the sector is driven to a large extent by the Public Sector Investment Programme (PSIP) which has seen the completion of some major projects within the past year. Gross value added in the sector amounted to $63.7 million compared to $68.5 million for the previous year".

As far as the government's financial position is concerned, the Value Added Tax (VAT) continues to buttress the finances of the State, the Prime Minister suggested.

"Revenue from taxes on domestic goods and services exceeded the initial budget estimate. Collections for the current fiscal year were recorded at $184.9 million, 2.1 percent more than anticipated. The Value Added Tax (VAT) is the main contributor. Initial estimates of revenue from taxes on international trade and transactions indicate a shortfall in collections by $11.0 million or 16.0 percent".

"Expenditure on personal emoluments was within the budget estimate," he said. "Deliberate policy was applied to restrict expenditure on goods and services, keeping spending well within the estimates".

Subsidies, transfers and interest payments accounted for the increase in expenditure. The Prime Minister said he expects the Dominican economy to grow by 1.6 percent because of government's decision to invest in the major growth sectors.

"As the global economy is beginning to show some signs of recovery, albeit small, common sense dictates that we should move to take advantage of opportunities that will eventually emerge. Fortunately, there is no need for us to reinvent the wheel," he said. "Government`s aim is to stimulate trade and to pursue investments to achieve economic growth and the creation of jobs. Appropriate policies will be introduced, and investments in partnership with the private sector will be embraced where possible. The capital programme for this year is the vehicle being used to pursue these investments."

In agriculture, the government expects to invest in the construction of a coffee plant and over the next three years farmers will be motivated to establish and rehabilitate 500 acres of coffee.

"At full production, the coffee enterprise will comprise up to two hundred farmers employing an average of three persons per farm. Thus, up to 800 sustainable jobs will be created as a result of this project," he said. Skerrit said his government also aims at transforming the livestock sub-sector through a pork and poultry production programme. To solve part of the marketing problem affecting agricultural production, Skerrit said government has allocated $4 million for the purchase of an appropriate refrigerated cargo vessel.

In tourism, the government hopes to address the problem of inadequate rooms in the hotel sector by the construction of a five –star hotel in the area now occupied by the Public Works Garage in Goodwill, and the commissioning of the Moroccan Hotel now under construction at Portsmouth.

In his budget address Prime Minister Skerrit said his government will be doubling its effort at the creation of jobs. "The economic growth we aspire to have, is not an end in itself; the bigger picture is that it will create the opportunity for employment and as a result in the continuous reduction in poverty," he said. "Not all of these jobs will be available within one year. The trend will be toward a sharp increase in the number of employed".