No vehicles yet to former Prime Ministers PJ, OJ and EJ 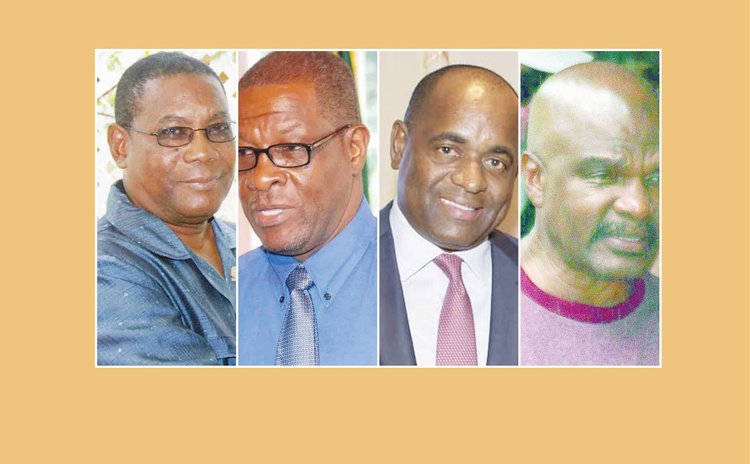 Almost two years after announcing that his government would be providing vehicles to all former Prime Ministers, Prime Minister Roosevelt Skerrit is yet to honour that promise, the Sun has been told.

In his 2018 Independence Day address, Skerrit declared his intention to set up, with the support of the parliamentary opposition, a bi-partisan committee to come up with measures for due recognition and reward to living former prime ministers of Dominica.

"I do not wish to anticipate the work of that committee, but I'm persuaded that at this stage of our development, no former leader should be receiving as a pension, anything less than the current salary of a minister of government… also that they should not have to drive themselves or seek out transportation to official events and furthermore, that they should be provided a state-sponsored vehicle every five years," Skerrit said to the nation.

"I think here, of our very first prime minister and the man who led us into independence and who was there to raise the very first flag on the day of our independence. Today we salute Patrick John, our first prime minister. Then also, there is O.J. Seraphine and Edison James, reflecting on their contributions to our development, I'm not satisfied that we have been as generous to our past leaders as we should be," he said.

But O. J. Seraphine who is presently in the United States Virgin Islands said he does not have any information to date on the matter.

"I don't know what is going on since I am out of state. No one has said anything to me until now. I don't have any vehicle and so too is Patrick John and Edison James," Seraphine said.

When contacted for his comments on the matter former Prime Minister Edison James said he is "driving my private vehicle"; John's wife, Desiree, said to date they have had no information on the promise of a vehicle to Patrick John.

Efforts at reaching the Prime Minister for his comments on the matter has so far been unsuccessful.