Weekly Recap-Top five stories you may have missed 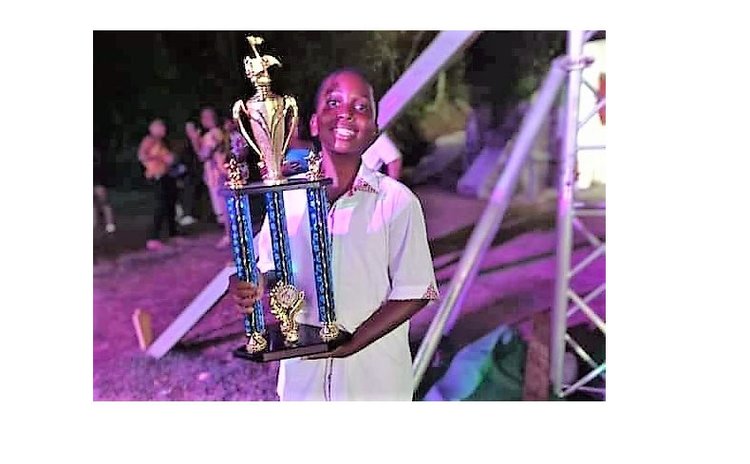 First, in this week's recap, a 13-year-old student of the Dominica Grammar School (DGS) has made history by becoming the youngest winner of the Dominica Festival of Arts (DOMFESTA) song competition.

The young boy who was born to parents who were both members of the Sixth Form Sisserou Singers, grew up singing and creating melodies even before he could properly speak.

At age eight, he wrote and recorded his first song 'Our Style'. He is currently working on several songs and hopes to record his first album.

Earning the second spot in this week's recap is local historian Dr. Lennox Honychurch, whose services the Government of Dominica has engaged to assist with preserving artifacts and traditions at the site earmarked for the construction of an international airport.

Officials have announced that Dr. Honychurch has already submitted various proposals for consideration.

With claims floating around that he met with or accepted money from Chetan Choksi, the brother of Indian fugitive Mehul Choksi who is now in police custody after illegally entering, Dominica Leader of the Opposition Lennox Linton categorically denied those accusations.

The Associates Times website claims to have been exclusively informed by "sources" that Chetan Chinu Bhai Choksi met with Linton at his residence in Marigot on May 30 where the two had a two-hour-long discussion regarding his brother's arrest.

The article states that Chetan, who allegedly traveled to Dominica on his own accord via private jet on May 29 to get his brother released, entered into an agreement with Linton, promising him campaign financing "for pushing the abduction theory."

"It is believed that Chetan Choksi even gave token money of $200,000 to Lennox Linton and promised him more than a million-dollar of financial assistance in the upcoming general elections," the article said.

In a video response released by Linton, he refuted the accusations, calling them a smear campaign which he believes is a direct result of a statement he recently released to media on the Choksi affair, wherein he accused the government of an alleged "involvement" in the "abduction and smuggling of criminally accused economic citizens across international borders."

Meanwhile, General Manager of the Dominica Electricity Service (DOMLEC), Bertilia McKenzie has also denied reports made by customers that DOMLEC was overcharged for their Pay As You Go (PAUG) service.

Recently, the company issued a notice on its Facebook page and other platforms, to its PAUG customers that due to recent works being undertaken by the company system, this has led to an interruption of daily usage being applied to all accounts. This resulted in accumulated charges that would have led to higher than usual estimated daily usage averages.

In response to this, the Independent Regulatory Commission(IRC) stepped in and ordered that the company withdrew all of these notices with immediate effect; until a proper internal review and determination was made on how to proceed.

McKenzie has since reported that from May 22nd-May 27th there was a delay in the reading updates to the PAUG system and as a result, customers' meters were not being read remotely daily.

"The customers were charged only for the energy they utilized," McKenzie said. "No overcharging occurred."

According to her, DOMLEC has pledged to continuously improve, not only in its service delivery to customers but how the company communicates with them.

Finally, in this week's recap, Dominica has commenced talks with carnival organizers in St. Lucia and Grenada to jointly promote carnival products among the three islands; a consultancy firm has been contracted to review the carnival product.