Norman Rolle was a "visionary and an independent individual" 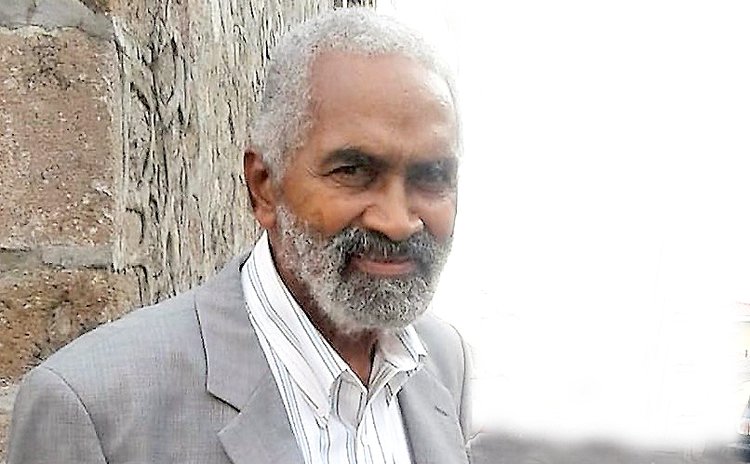 By Larry Bardouille and Milton Lawrence

Philip Norman Rolle (well known as "Norman" and "Boogie") of Lulute Estate was born on September 15th, 1935. He was the fifth child of seven children born to Phillip Alexander Rolle and his wife Norma Ursula Benjamin of Portsmouth. He attended the Dominica Grammar School, then went to London, UK to study Automotive Mechanical Engineering in order to pursue his passion. He graduated with honours.

After his studies, he returned to Dominica and started Valley Engineering in 1960, together with his father and brothers, which he managed until his death. The company has been a major supplier of vehicle spare parts on the island. He subsequently established a car hire section to the business - Valley Rent a Car, one of the earliest and major players in the car rental business on the island.

For much of his life, Norman's passion for vehicles had been evident. From the early days of fixing bicycles and motorbikes under the house at Charlotte Valley, he was single-minded in the pursuit of his passion for Automotives. At 14 years old, he could be seen driving his mother in the family car around Roseau.

In 1957, Norman married Fernanda Atkey (or Frankie as everyone in Dominica knew her), whom he met in London whilst studying. There were three children in the family, Marie-Louise, Susan, and Lisa. The family lived firstly at Charlotte Valley, then Goodwill, and then moved to Lulute. In 1970 Norman remarried and had two children, Alexander and Natalie, with his new wife Margarete Schirle. He was dedicated to his family and was a gentle, loving, and playful father. The children were born in Dominica and were raised at Lulute Estate until Hurricane David in 1979. Later on, Margarete and the children relocated to the UK for their education. He was very proud of all his children and always kept in touch with them.

Norman was a stalwart of the private sector. He successfully owned and operated Valley Engineering Sales & Services and Valley Car Rental, two of the leading businesses in vehicle spare parts and car rentals on island. He also pioneered the first tyre retread business at Charlotte Valley, named "Valley Retreads"

For several decades he was the local agent for Texaco, supplying petroleum products, including the provision of spray oil for the banana industry to control Leafspot disease, all over the island. He was also the local Dealer for Mazda and Isuzu vehicles. Norman was a major player in the real estate market, providing rental properties for several major businesses on the island.

Norman served as a director of several important corporations. He served DOMLEC for six years, where his engineering background enhanced his contributions to the organization. During that time he served on several committees and represented the corporation at various meetings overseas. He was recognized and honored by DOMLEC for his valuable services.

He served on the Board of the National Bank of Dominica (NBD) for nine one-year terms, two of experience to add value to the Bank's profitability. The bank remembers him as an outstanding which were as Chairman, In this capacity and over many years, he used his extensive business contributor to its governance.

Norman had a great interest in the economic development of the country and was a powerful advocate for private sector development. His knowledge skills and experience were not only used with other businesses, organizations, and institutions for the development of his country. This was evident in his service and great contribution which he made to the Citrus Growers Association, where he was chairman for many years. In this role, he travelled frequently to the UK to negotiate grapefruit pricing with Geest Industries, and on one occasion, he even met with Mr Van Geest.

He served both the Dominica Employers Federation (DEF) and the Dominica Association of Industry and Commerce (DAIC) faithfully, not only through his membership of their Boards of Directors and his subscriptions but also through his vision and contribution of ideas. He is celebrated as a mentor and guide to many businessmen and women, offering advice and insight whenever requested.

Mr. Rolle was hugely misunderstood. Despite his public persona, he was an extremely generous individual who contributed to numerous causes, both individual and institutional. He was particularly generous in supporting the educational development of disadvantaged young children as well as providing support to needy individuals with medical needs. He gave generously of his resources and never expected or demanded praise or recognition in return.

Norman proved himself to be a visionary and an independent individual with great leadership and entrepreneurial skills. He was intelligent, modest, and hardworking, a true gentleman, distinguished in his manner and stature. He was well respected for his knowledge, clarity of thought, and his perspective on various issues. He was a non-political and independent thinker who spoke his mind without fear or favour and regardless of the financial or political consequences of his positions.

Norman displayed a great sense of humour and enjoyed a good laugh. He enjoyed lively gatherings and a drink with friends and associates, but he also had great intellectual depth and always sought to have meaningful conversations with his colleagues and peers. He was an avid reader, always seeking new information and willing to share ideas with his friends. He was a big fan of Sean Connery's portrayal of James Bond. He loved jazz music, enjoying the voices of Nat King Cole, Ella Fitzgerald amongst others, as well as calypso tunes from Sparrow and other well-known calypsonians.

Despite Norman's many business successes, he was never ostentatious and strongly believed in living a life of simplicity. A fiercely independent person (and some might say highly stubborn) he was never quick to accept, or ask for assistance, often to the great frustration of his children.

However, after a health scare in 2019, the family was pleased to see Norman happily settle in Belfast, under the sensitive care of his nephew. William Rolle and partner Helen, the wonderful medical supervision of Dr. Portia Meade, and the watchful eye of his niece, Cheryl Rolle, who also organised his 85th Birthday party last year, which he very much enjoyed. Norman was also fortunate to have had support from the Valley Engineering staff over the years.

Up until his death, Norman enjoyed a healthy, vital and happy life, for which the family will be eternally grateful. Though his passing was sudden, shocking and tragic, we thank God for allowing him to have lived a fruitful life and for his invaluable contributions to his family and his country, Dominica.

May he rest in the eternal peace of Christ!