Norris Prevost: A man of many dimensions 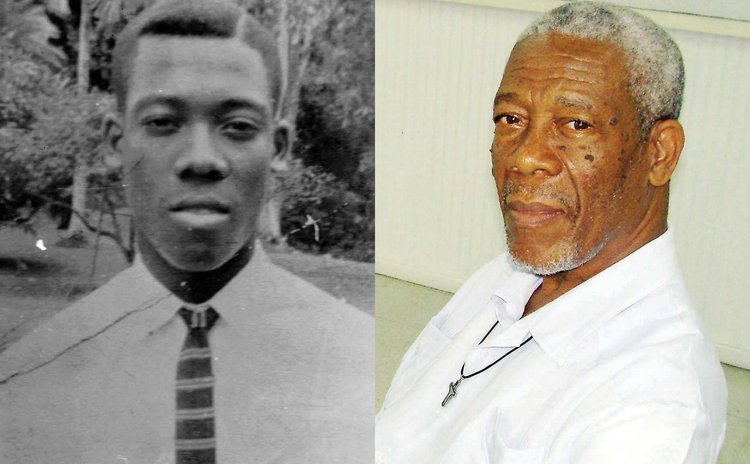 Norris Prevost is a familiar figure in Roseau.

You may know him as the owner of the landmark Prevost Cinemall, as a founding member of the United Workers Party (UWP), as a Member of Parliament for nearly 25 years, as the founder of the Roseau Improvement Committee, as a trustee of the UWP.

You may know him for the many roles he has played as a public figure over the years. But there are other dimensions of this veteran politician that we are certain many of you did not know.

For instance, did you know that he was a successful poultry farmer and garment manufacturer many years ago?

Let's go back to his boyhood days in Marigot where he was born and where the groundwork for his success was set. It was in Marigot that that young Norris was introduced to the concept of business, entrepreneurship and hard work.

Norris, the son of farmers, learnt to work at an early age and he enjoyed it-- whether it was selling fruits and vegetables for his grandmother, toting banana from the family garden to the banana selling point, going to the family farm with his parents or brothers, or washing his school clothes with his mother at the river.

There was always some element of fun in his chores, Prevost recalled, adding, "We were never ashamed of what we were doing."

It was also during childhood that his political consciousness was awakened.

This happened in two ways. One was through the Marigot Representative at the time, W.S. Steven, who was a Minister of Education. Steven reported to his constituents regularly and students at Prevost's school, Marigot Primary School, were required to attend these public meetings and write essays on them.

He recalls a group of learned men who gathered near a Justice of the Peace who conducted business on the roadside. The group had robust discussions on politics and sports and young Norris, on his way home from school, was fascinated by what they had to say. Careful not to draw too much attention to himself, he stood a little distance away and listened.

Later, when he came to Roseau to attend the St Mary's secondary school, Prevost would listen to public political meetings at the Roseau Marketplace.

We are also certain that you did not know that Norris Prevost developed an interest in theatre and delivered a memorable performance, acting the role of Graziano in Shakesphere's "The Merchant of Venice".

He made such an impact that the character's name lived with him for a long time and actually made his life as a salesman in later years a little easier as many still remembered him as 'Graziano'.

Eventually, Prevost left Dominica on a Government scholarship to attend the University of the West Indies where he studied from 1966 – 1969. He did a Bachelor of Science degree in Agriculture with focus on agriculture economics and farm management.

His professors spent much time teaching students to analyse risk and uncertainty in the agriculture sector, something he was able to apply effectively in everyday life.

"Analysing the risk and uncertainty in agriculture was like a template on life…." he said, explaining that one learnt to be confident and expect surprises and know there are approaches to deal with them.

Research was an important aspect of his studies and Prevost got a good understanding of Caribbean society and its evolution.

On campus, he was a passionate sportsman, playing football, basketball and cricket. In fact, he was actually coached by one of the world's greatest cricketers, Frank Worrel, who became the captain of the West Indies team.

In his university days, Prevost also stood up strong as an advocate for rights, Black Power and justice.

When he returned to Dominica, he took up a job as an agricultural officer and remained in that position for two years.

His sojourn into the poultry industry actually began in Marigot with his brother Stanley when they bought 50 laying birds after he had written the GCE exam.

When Prevost returned to Dominica from Trinidad, the farm was still there but his brother had migrated. Prevost decided to expand the enterprise and proceeded to order feed from Trinidad, in addition to a couple thousand laying birds.

He was elected chairman of the poultry producers association. At that time, the farmers were all of the island's poultry needs and eggs and broilers were actually being exported to Antigua, Prevost said. There was even a poultry processing plant from bilateral aid from Canada.

He said the industry collapsed because of the Government's unwillingness to implement necessary policies. Prevost explained that whenever there was a slight shortage in the industry, Government would issue licenses to importers who would then bring in supplies to last three months or more. Consequently, by the time the shortage cleared up, the market was flooded. If the birds were not slaughtered by the time they reached a certain weight, then the farmers could not make a profit.

Prevost pointed out that unless there is a supportive public policy for business, Dominica cannot compete successfully.

And while he thinks there is still opportunity in the poultry industry, the business environment must be right with supportive government policies in place.

Prevost stressed that there is no way a local poultry industry can survive if Dominica is exposed to 'dumping' of inferior, cheaper chicken from other countries.