Norris Prevost-- a man of many dimensions (Part 2) 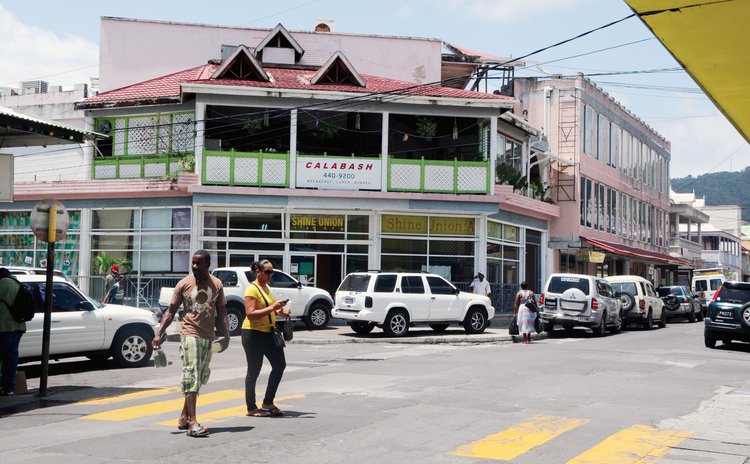 Front of the Prevo Cenemall

Perhaps Norris Prevost is most widely known as a politician, yet he is also a successful and shrewd businessman who has learnt to recognise a good opportunity when he sees one.

His formula for entrepreneurial success encompasses recognising opportunities, learning and understanding the needs of the market, being aware of the challenges of the market and devising solutions. His formula also includes giving back to society and ensuring value, reliability and service.

It may come as a surprise that 'Uncle Prev' as he's affectionately called by some, was at the helm of a successful garment manufacturing business based on the formula he outlined.

It all started when his friend Eucief Nixon came to Dominica from Trinidad with some merchandise just as Prevost was phasing out his poultry enterprise.

Nixon invited Prevost to join him in selling merchandise around Dominica. This led to the establishment of Trinee Carifta Development Company Ltd in 1970. Known as ByTrinee, the business was based in a small building on Field's Lane in Roseau.

ByTrinee met market needs in a variety of ways, which included sourcing merchandise, such as footwear, in bulk from big factories overseas, importing by the container-load and offering competitive retail prices.

ByTrinee imported and sold complete men's suits, which was unusual in those days when one had to place an order with a tailor and wait. ByTrinee also offered brand-name fashion hot off the runway and introduced the 'shirt-jac' to Dominica, Prevost said.

"So while there were many bigger businesses, we filled certain niches," he said.

The oil crisis coupled with plummeting banana prices impacted many businesses negatively, and ByTrinee was no exception.

"It did affect business, but…our small company kept driving not just for the local market, but for export. So, before we were manufacturing, we were actually importing goods into Dominica, putting it in bonds and re-exporting to the other islands.

"So, as small young entrepreneurs, we were able to compete with the local businesses and to survive in tough economic situations," Prevost explained.

The owners established a plant with 30 sewing machines and within a year, they were operating two shifts with 60-70 employees. They also spearheaded the formation of and were the main movers and shakers in the Dominica Garment Manufacturers Cooperative.

They had also become well accepted by large retailers on the local and regional market, with their clothing being sold in top stores in Trinidad, Guyana, Jamaica, St Lucia. They even had their own section in Cave Shepherd, Barbados.

Through the Cooperative, a trade show, which attracted regional buyers, was organised in 1978 and, from Prevost's account, the show was the talk of the town. It highlighted garments and other locally manufactured goods, in addition to talents in welding and furniture making.

Each night featured a local artiste with Trinidadian comedian Paul Keens Douglas on the final night. A special restaurant was established as well.

ByTrinee also sponsored the basketball team, Trini Flames, for many years. Prevost continued to sponsor the team for a while, even after the company had closed. Former NBA player, Garth Joseph, was a product of the Trini Flames, he said.

Sadly, the devastating Hurricane David put an end to the ByTrinee enterprise in 1979.

Norris speaks about another highly lucrative venture, the Castle Comfort Estate which he and his business partners, Sheridan Gregoire and Dennis Labassiere purchased under the guidance of his Polish mentor, Carol Winsky. The estate was a 300-acre plantation that they began to cultivate.

After Hurricane David, the three converted the property into a middle-class housing development in what Prevost described as a pioneering move since they were the first local group to venture into planned real estate development in Dominica.

Prevost said he also established the Antilles Cement Lumber Ltd to help fill the crying need for building materials after the hurricane.

His next venture was the Woodstone Mall. One day, as he was talking to his friend Mr Winsky, his thoughts ran on a large property that he could see nearby at Cork and Great George Streets. The property was abandoned and his friend promised to introduce him to the owners.

Prevost said he negotiated a 10-year lease with the enthusiastic owners, confident that his plan was viable, with some development to the property and good marketing.

He set to work renovating the building which he divided into 72 small shops, creating Dominica's first mall. Today, the Woodstone Mall still stands in the heart of Roseau.

The Woodstone Mall enterprise was such a success that it gave Prevost the confidence to buy the property that housed the Carib Cinema.

He still clearly recalls businessman Leo Emmanuel encouraging him to buy the cinema, which belonged to a syndicate.

Citing his age, Emmanuel said he was not interested in the investment even through Prevost had prepared a plan for him showing how the property could be developed.

But, as he looked at his own plan, Prevost decided that he should indeed buy the property.

He did so in 1992 and architect, Isaac Baptiste prepared the design for the mall, which incorporated the cinema building. By 1994, the Prevost Cinemall had already been developed and was ready for business.

He said both malls demonstrate a sustainable model of heritage preservation incorporating the original buildings.

A strong advocate of giving back to society, Prevost is the founder of the Roseau Improvement Committee, which organises an annual children's Christmas party, a Mother's Day lunch, as well as weekly lunches for the less fortunate.