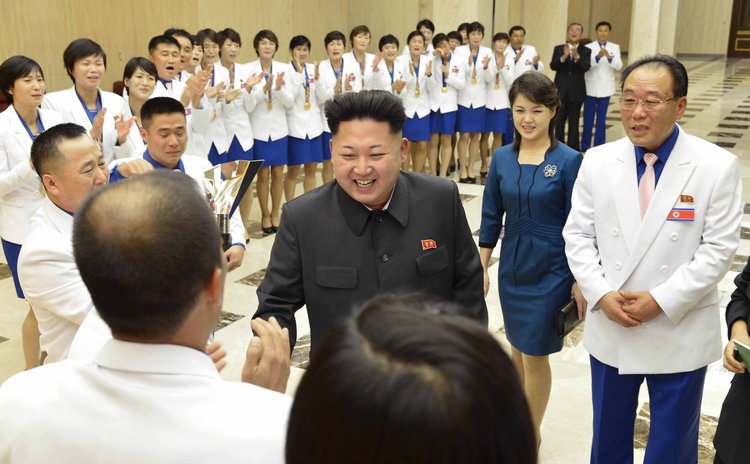 PYONGYANG, Dec. 20 (Xinhua/Sun) -- The Democratic People's Republic of Korea (DPRK) on Saturday rejected the U.S. accusation that Pyongyang was behind a recent cyber attack on Sony Pictures and proposed conducting a joint investigation with the United States.

The attack has prompted the U.S.-based Sony Pictures Entertainment (SPE) to cancel the Christmas Day release of its comedy movie entitled "The Interview," which depicts an assassination attempt on DPRK leader Kim Jong Un.

During the year-end news conference on Friday, U.S. President Barack Obama called the SPE's decision to cancel the movie release "a mistake," saying his government will "respond proportionally" to the cyber attack, for which he pointed the finger at the DPRK.

Early Friday, the U.S. Federal Bureau of Investigation (FBI) claimed its investigation found what it called "enough information" to conclude that the DPRK was "responsible for" the attack, including linking the so-called data deletion malware used in this attack to "other malware that the FBI knows North Korean actors previously developed."

"There were similarities in specific lines of code, encryption algorithms, data deletion methods, and compromised networks," it said in a statement.

But the DPRK rejected the accusation by saying "clear evidence is needed to charge a sovereign state with a crime."

"Reference to the past cyber-attacks quite irrelevant with the DPRK and a string of presumptive assertions such as 'similarity' and 'repetition' can convince no one," a DPRK foreign ministry spokesman was quoted by the official KCNA news agency as saying.

The spokesman said in a statement that the DPRK will target its retaliation at only those responsible for anti-DPRK acts and their bases, but will not get involved in terrorist attacks on innocent audience in theaters.

"The army of the DPRK has the will and ability to do so," said the statement.

"We propose the U.S. side conducting a joint investigation into the case given that Washington is slandering Pyongyang by spreading unfounded rumor," it said, adding that "we have a way to prove that we have nothing to do with the case."