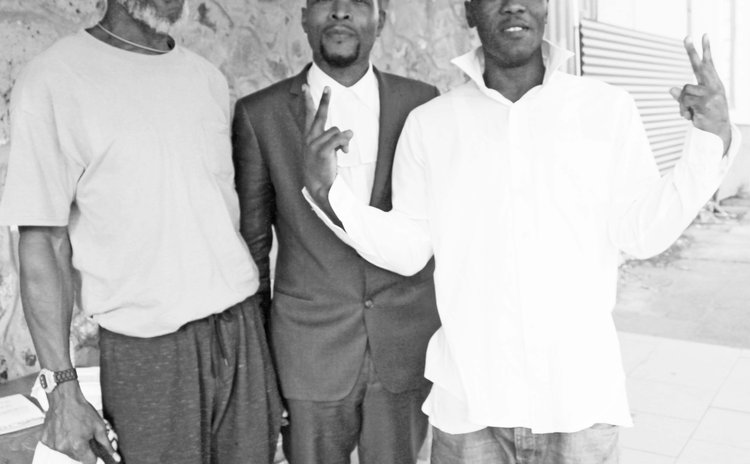 A jury of six women and three men last week Friday acquitted Chester Myuja Bedminister, a 48-year old Grand Bay man of the charge of murder in the death of Presley Priscus Fontaine, a fellow native on Saturday October 24, 2015 in Grand Bay.

The jury also found Bedminister not guilty of manslaughter, and when told by trial judge Justice Victoria Charles-Clarke that he was free to go he seemed to be at a loss to what that meant, having been in police and state custody from Monday October 26, 2015, a day after Fontaine's body was found in the house where he lived on the morning of Sunday October 25, 2015.

The jury's verdict was delivered on Friday June 14, 2019 after 15 days of the trial which began on Tuesday May 7, 2019 at the Roseau High Court. The prosecution for the State led by State Attorney Sherma Dalrymple in company of her colleagues from the Office of the Director of Public Prosecutions while defence attorney Peter Alleyne led the defence in company of Tiyani Behanzin.

Bedminister, the accused, in a statement from the prisoners' dock said: "I am very sorry about the deceased. I did not lash the deceased for any (thing to happen). I am very sorry he passed out. I tap him on the head with the object, the block. After I hit the deceased I did not notice. When I got arrested I was shocked. I am troubled. Me and the deceased were good friends. We used to go everywhere as a mechanic. He used to help me on jobs I had and chop wood for me as a baker, help me out. That's all".

In preceding statements and interviews with the police Bedminister had said that Fontaine had tackled him and he had defended himself.

"I walk for the block. I knock him twice for him to behave," Bedminister said.

Defence attorney Alleyne called two witnesses, Loretta Elizee and Curtis Algol of Berricoa, Grand Bay both with knowledge of the victim and the accused. Elizee said that Fontaine was troublesome because he used to tell her things every time. He used to drink alcohol.

Angol said Fontaine was his family and he saw him that Saturday night before nine when he was closing his bar. Presley said he wanted some rum and poured the rum on his head. He left and went away going in the direction of the health centre. He looked injured and needed some help, but he did not see any injury.

"Fontaine was a joker man who liked to make people laugh", she said

Cross examined by Dalrymple, Angol said Fontaine had a big shirt tied around his head. He did not see any blood. Fontaine did not drink any rum and he did not appear drunk when he asked for the rum.

State Attorney Sherma Dalrymple called 22 witnesses in presenting the State's case, and the nearest to an eye witness was Libertson Alexander whose car Bedminister was washing when Fontaine came along.

Fontaine was struck on the head with a 20lb concrete block about 6:30pm on Saturday October 24, 2015 and left headed in the direction of the Grand Bay Health Centre. People saw him along the way swaying to and fro. His body was discovered the Sunday morning when Dr. Kendra Sasha Blaize examined and pronounced the body dead.

The cause of death, explained Dr. Corinthia Dupuis, was from blunt force injury, with an instrument that was not sharp, to the left front region of the head.