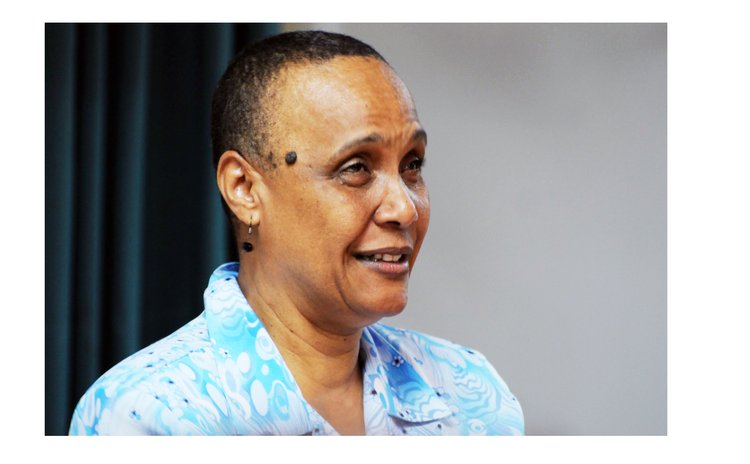 The Dominica Association of Persons with Disabilities (DAPD) will observe its sixteenth annual Dollar Day on Friday 28th October. And, throughout October, will be accepting donations towards its flagship fundraising event.

In 2006, $70, 000.00 was set as the target with the theory that if each member of the population gave one dollar, the Association would reach the mark.

Unfortunately, this has never happened.

Former Executive Director of the DAPD Nathalie Murphy told The Sun that falling short of the goal affects all operations of the Association.

"The island has such a small population and a tight economy, we have never met the target. That limits the programmes we can organise on behalf of our members. It is a little disappointing," Murphy said.

Despite the increased cost of goods and services, the DAPD has never raised its 70, 000-dollar goal.

"If we cannot raise seventy thousand dollars you think we can raise more?" Murphy laughed. "There are institutions which have supported us since inception so we are expecting them to do that again this year."

The former executive director is cognizant that some people are unable to donate but believes others can help in this regard.

"If one person cannot contribute and another contributes ten dollars, that person contributes for at least ten persons," Murphy said. "We know there are persons who cannot support, based on their financial situation, so when others contribute more than a dollar, it adds up on others behalf."

To date, the largest amount the Association has raised is just over $20,000. Murphy explained the executive has learnt to manage its expectations regarding the Dollar Day donations.

"Although the target has been seventy thousand, sometimes we set our expectations at fifteen, twenty, or twenty-five thousand. Sometimes we get close to that, sometimes we don't," she said.

Nathalie acknowledges that the DAPD is contending with other institutions requesting donations from the country's small private sector.

"We have competition," Murphy said. "All organisations are reaching out to the same institutions to source funding and we understand that. We are always grateful for whatever support we get."

Regardless of the challenges, the DAPD remains resolute in getting closer to its target.

"I know this year is going to be challenging, but we continue to stick to the target," she vowed. "We have designed packages to encourage more support. We are reaching out to the Ministry of Education to request contributions from schools. We are counting on our faith-based organisations, parliamentarians, private sector, and citizens here and abroad."

The DAPD has created a platform whereby individuals can donate online. The Association also has a Go Fund Me account.

"All these strategies we are employing to see if we can raise a significant amount of funds this year," she said.

Murphy shared that if the DAPD was to reach or surpass its seventy-thousand-dollar mark, it would greatly benefit its membership.

"We would bring back our cricket for the blind programme; have more people trained in information communication technology. We have people who want to become computer literate and be part of modern technology," she said.

More importantly, the Association has a five-year development plan which would benefit greatly from the funding.

"We are looking at establishing a membership support fund because every now and then someone needs a wheelchair or white cane or assistance to pay for eyeglasses and they just cannot afford it," she said.

Murphy was quick to point out that the Dollar Day initiative is not the only means through which the DAPD obtains funds. Government gives an annual subsidy and prior to COVID the Association would host a variety of shows as income earners.

"We don't just depend on the public to support us. We use our own talent to generate income. When people see us doing that, they are more inclined to contribute," Murphy said.

The DAPD will celebrate its 39th anniversary on 26th October. Dollar Day is on the last Friday in October to coincide with the anniversary.