Not your job, Chief 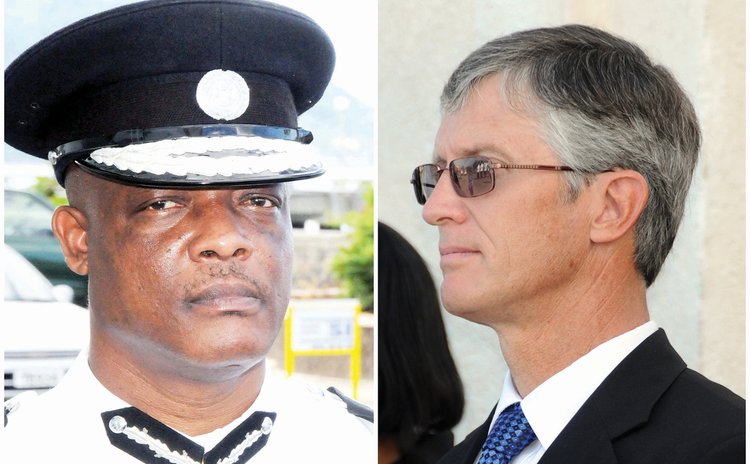 Dominica's police Chief Daniel Carbon is under heavy fire after he instructed a police prosecutor to withdraw a case involving Attorney-at-law Jeffery Douglas Murdock and a minor from the community of Trafalgar. The police charged Douglas Murdock with battery who is involved in a land despite with the parents of the child.

The alleged incident took place in Trafalgar on August 20, 2014.

Murdock was the only one charged in the altercation and he has complained that the police should have also charged the child since he made reports of being assaulted.

On November 6, 2015, Murdock along with his lawyer, the police investigating officer, the chief of police and three other senior police officers held a meeting at Police Headquarters and at that meeting the police chief concluded that the child should have been charged along with Murdock. He also gave Murdock the assurance that he will instruct the police prosecutor to withdraw the matter when it comes up for hearing on November 10, 2015.

When the matter was called, the child who is now 18 years old was present with his mother in court and they were surprised to hear from the police prosecution that they were offering no further evidence. That also took the magistrate by surprise but she was left with no choice but to dismiss that case.

Persons familiar with the case are of the view that the police chief is out of place to order that a criminal matter against someone be discontinued… and he has no legal standings and authority to so do.

Investigations by the SUN reveal that the office of the Director of Public Prosecutions (DPP) was not informed of the decision and the DPP has written to the police chief and the Justice Minister complaining about the behaviour of the police.

"He (the police chief) over-stepped his boundaries in the matter; he had no right to instruct the police prosecutor to withdraw the matter, he is out of place," a lawyer very familiar with the law stated.

Both parents of the child spoke to the SUN but they asked that the newspaper keeps their names out of the story.

"We are hurt, we are outraged at that our child was assaulted and the police chief who has no authority after a meeting with Murdock gets it withdrawn. Is that justice?" a parent asked. "We are a small fish and so we were disrespected but the matter has not ended."

"We are going to take civil action we will go as far as possible with this matter," another parent stated.

For Murdock's part, he is "happy the matter is over"; he believes that since the other party was not charged the withdrawal of the matter by the police chief was "justice."

The issue has now been brought to the attention of the DPP who has met with the parents of the child and has written to the Minister of Justice expressing her disgust and displeasure at the behaviour of the police chief.

When contacted to comment on the matter DPP Eveline Baptiste confirmed that the matter has been brought to her attention and said she was in the process of preparing a report to send to the Minister of Justice.