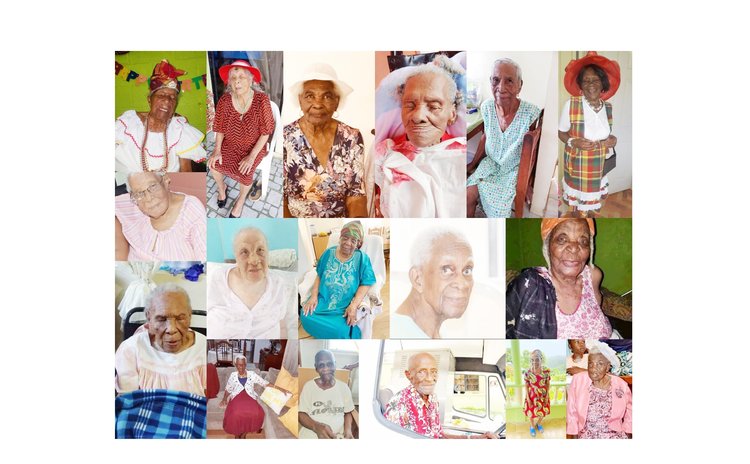 It's been over two decades since the current first Vice President of the Dominica Council of Ageing (DCOA) Nigel Lawrence has been working with the organisation, and within such time, never has he witnessed Dominicans centenarian count decrease to under 20, until this year that is.

Exactly one year ago, Dominica was said to have the highest number of centenarians per capita-27. Within the upcoming months, the country was also expected to celebrate the 100th milestone of several other gems, which would have taken the count past the 30 mark.

But with the rise of the COVID-19 cases on the island, came the decrease in the number of these gems, to where the country only has 17, and that figure is only projected to decrease, as no individual on the island is expected to hit the 100th milestone this year.

"We are concerned every time a centenarian passes, and within the past year, we have seen quite a few of them gone to the great beyond quite unexpectedly. Some of them have died of natural causes, other COVID-19 and some of them we think, are being impacted by the amount of isolation they now face because of this dreaded pandemic, " Lawrence stated to the Sun.

"Their death is a concern to us in the sense that we recognize that COVID is a factor that we have to deal with but the rate at which our centenarians are dying is alarming to us and while we would like to stop this, sadly there is very little that we can do," he added.

In light of the ongoing pandemic, the vice president warned against visiting the seniors- especially the remaining centenarians but urged the public to "check-up on them" in the safest way possible as often as they can.

"We would like to appeal to the general public to let them know that older people and the centenarians are very vulnerable and they are very frail and that their systems cannot take on the rigours of COVID. So if we could do as much as possible to minimise the transmission to them then this will go a long way in ensuring that our gems live on," Lawrence said.

The organisation is also seeking the assistance of non-governmental organizations, businesses, individuals, or even the Government of Dominica to partner with them to provide monthly Personal Protective Equipment (PPEs) to the caretakers who interact with the centenarians and other older citizens daily.

"I mean, the persons who take care of the of the centenarians, they are themselves a threat in some instances, because they are the ones that are out there and they have a certain level of chance to contract the virus and transmit it to them and one of the concerns that we're getting is that they would like to get more PPE's, so we're really hoping we can get some assistance in that regard," he highlighted.