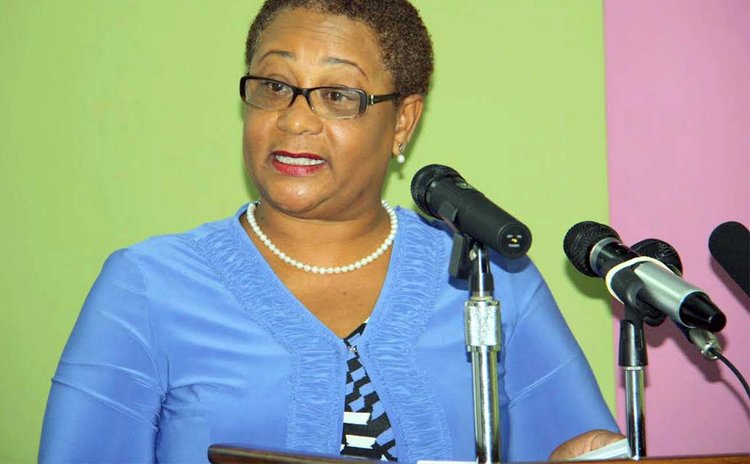 Mention HIV and AIDS in Dominica and the name Julie Frampton immediately comes to mind. Frampton has been linked to the HIV/AIDS Unit where she has been coordinator from 2003.

Now after 12 years in that post Nurse Frampton has decided to retire.

"I have decided that I didn't want to continue so I did not seek a renewal of my contract. It's been hard work and the body needs a break," she said.

A registered nurse, midwife and family nurse practitioner, Frampton said before becoming the HIV/AIDS coordinator she had 20 years' experience in nursing.

"I leave with no regrets…it was just another job for me and I gave it my all and best efforts, there are certain things that I would have loved to do but like anything else and given the issue of resources it was difficult," she said.

Frampton leaves at a point when the number of HIV/AIDS cases in Dominica is on the increase and the dynamics of the disease is shifting.

In July 2014, Frampton said at a consultative meeting for the Dominica National Strategic Plan for HIV/AIDS for 2015/2019 that since the first HIV/AIDS case was reported here in 1987, there were 410 cumulative cases at the end of 2013.

There were 15 new cases of HIV/AIDS in Dominica in 2013 and Frampton reported that almost every year more males have tested positive for the virus.

"Last year we had 15 new cases and ten of them were males. What is interesting though, about our new cases now, we see the older age group, out of the 15 of last year, 14 of them were over 30," she said.

Nurse Frampton has been recognised for her dedication to the HIV/AIDS cause. In November 2014, she received the award for Excellence in HIV/AIDS in the Caribbean and was presented with the award during the opening ceremony of the Thirteenth Annual General Meeting of the Pan-Caribbean Partnership against HIV and AIDS (PANCAP) in Gosier, Guadeloupe on 3rd November 2014.

Throughout her career, Frampton regularly encouraged infected persons to come forward for treatment as it is available and at no cost to them and she warned citizens to make the right choices regarding their sexual and reproductive health.

Many say that Dominica's achievement in the control of AIDS is the result of exceptional performance of the coordinator of the National HIV/AIDS Response Programme as evidenced by planning and implementation of national programmes.

"I am available to help in other ways," said Frampton. "I have set the platform and I have left. Now is the time for someone else to take on the mantle and move the process with other ideas. It was just great working in that department despite the rough times and challenges," she said.