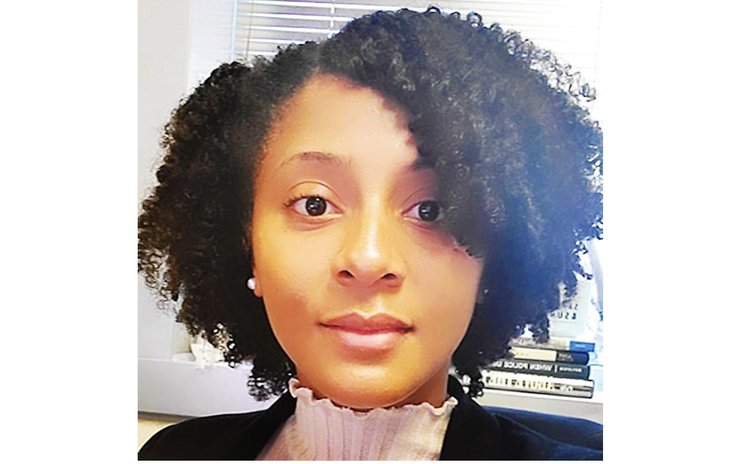 On Q95 FM popular 'In the Spotlight' programme which aired on Monday, March 1, 2021, host Ferdina Frampton's guest was the 33 year NYPD Police Lieutenant Rennae Francis who hails from the southwestern corner village of Soufriere. According to Ms. Frampton, "This was one of the most upbeat, exciting and inspiring interviews I have conducted since I began working in radio some thirty years ago."

And for good measure and reason. Most listeners and Facebook viewers were thrilled with this young, confident, and debonair lieutenant as she chronicled her stellar journey from college to a rising star in one of the largest (about 40, 000 sworn officers) and most complex police departments worldwide.

According to Lt. Francis, who is also an adjunct professor at John Jay College, "I cannot believe 10 years ago I was at the police academy and now I run a detective squad." After immigrating to America from Dominica at 17-years-old, Rennae joined the NYPD as a police cadet in 2007 while studying at John Jay College Criminal Justice programme. She is the first black female NYPD Squad Commander at the 46th Precinct in the Bronx.

Frampton's guest could not come at a more opportune time for Dominicans who are hurting for a myriad of reasons. A collapsed economy; high unemployment rate, a bitterly divided country; a global pandemic; mistrust and disconnect with the police; legislative and huge governance issues, to name a few.

Francis' upbeat attitude during the interview was reassuring. This writer's take home message from the exchanges was that Dominicans are indeed a resilient, tenacious and successful people wherever we land in the global community despite insurmountable odds and challenges. We would hope similar opportunities are afforded to young people at home to work hard and persevere in order to achieve their dreams and goals.

The Lieutenant said that she supervises 33 officers and will not stand for any inappropriate, coercion or illegal interrogation or beatings of suspects during their custody. Were any Dominica Police Force officers who wear gabardine uniforms, their civilian handers and minders and politicians who meddle in the day-to-day operations of the force listening to the programme?

The Commander conveyed that policing is not easy, even more so being a detective squad commander in a high crime precinct in NYC. In spite of these challenges and realities, she conveyed that law enforcement professionals are duty bound and constitutionally required to honour and uphold their oath. That includes lawful and humane methods of interrogation and treatment while in police custody. Law enforcement officers enforce the law and not their personal feelings or/and political affiliations.

Lt. Francis conveyed in no uncertain terms that the oath which every law enforcement officer takes is to serve and protect the citizenry, public and to defend their country's constitution.

All Dominicans ought to join and say thanks for her hard work, humility, and success for making us proud and instilling hope for a brighter tomorrow. She is definitely a role model to our youth. We respect and appreciate you and wish you well and much continued success, Rennae. God's speed.