Obama has tight schedule during Wednesday's visit to Jamaica 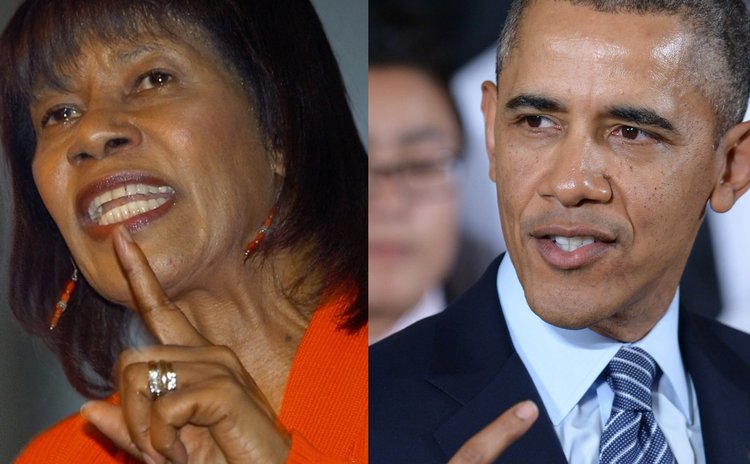 United States President Barack Obama will maintain a tight itinerary during his visit to Jamaica this week, the Jamaica Observer newspaper has reported.

Obama is scheduled to arrive at Norman Manley International Airport in Kingston late Wednesday evening on Air Force One.

On Tuesday morning Obama will be transported to the Office of the Prime Minister at Jamaica House where he and his delegation will hold bilateral talks with the Jamaican Government, the Observer reports.

Obama then meets CARICOM heads of government at the University of the West Indies, Regional Centre, Mona, after which he will hold a youth town hall forum at the UWI Assembly Hall.

At National Heroes Park Obama he is scheduled to lay a wreath at the Cenotaph, the monument erected in honour of the thousands of Jamaicans who died in World Wars I and II.

Obama then returns to Up Park Camp from where he will be airlifted back to Norman Manley International for his flight to Panama to attend the Seventh Summit of the Americas.

A statement released earlier from Simpson-Miller's office stated: "During the visit, Jamaica will host an encounter between President Obama and the Heads of Government of the Caribbean Community (CARICOM) for discussions on issues on the CARICOM-USA agenda, including security and trade. They will also exchange views on regional and international issues of mutual interest. The CARICOM-US encounter will be co-chaired by Honourable Perry Christie, Prime Minister of the Bahamas and current Chairman of CARICOM, and President Obama".

The Statement added: "The Government of Jamaica is delighted that President Obama will be visiting Jamaica at this time. It will mark the second time since our Independence that a sitting US President will be visiting Jamaica. We view the President's upcoming visit as an affirmation of the strong ties of friendship and cooperation that have united our two peoples for centuries. We are confident that through fruitful dialogue and exchanges during the visit we will succeed in further strengthening the close relations that exist at the bilateral level between Jamaica and the USA, and between the USA and CARICOM."

President Obama and the CARICOM Heads of Government are expected to proceed from the high-level encounter in Jamaica to Panama City for the Seventh Summit of the Americas to be held 10th to 11th April 2015.

Seventh Summit of the Americas

On April 10-11, 2015 the Heads of State and Government of the Americas will address the Seventh Summit central theme, "Prosperity with Equity: The Challenge of Cooperation in the Americas", within which will be discussed several sub-themes, among them education, health, energy, environment, migration, security, citizen participation and democratic governance. The Summit, which occurs every three years, offers the opportunity for countries to jointly define a hemispheric agenda at the highest level to address urgent challenges and propel positive change.

For the first time, Cuba will attend the Washington-backed Summit and there is the possibility of a joint appearance by Presidents Barack Obama and Raul Castro. The US and Cuba recently moved towards normalizing relations.

Cuba has been shut out of the previous six summits, sponsored by the Organization of American States. Cuba, was expelled from the OAS in 1962 at the initiative of the United States. The 34-nation bloc invited Cuba to rejoin in 2009, but Cuba has declined.

At the previous summit in Colombia in 2012, ALBA and Latin American countries threatened to boycott the Seventh summit if Cuba was excluded.