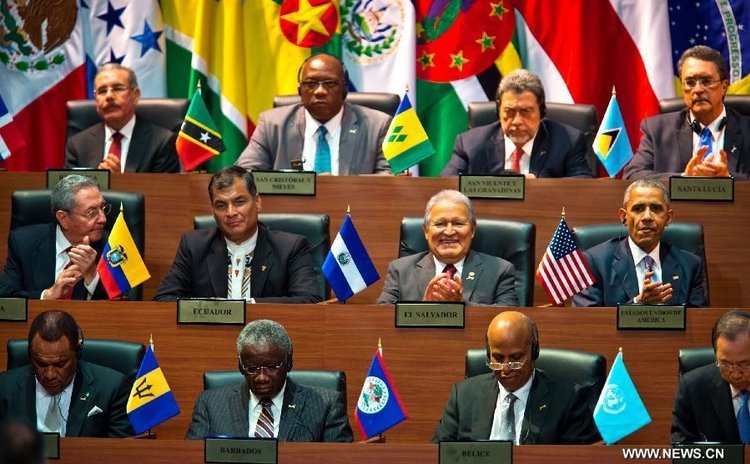 US President Barack Obama met Cuban President Raul Castro in the highest-level talks between the two sides since diplomatic relations froze in 1961.

The two men agreed to push ahead on improving relations after decades of hostility.

Obama described their meeting as "historic," and said the two countries can end the antagonism of the Cold War era.

"And as a consequence, I think we are now in a position to move on a path towards the future, and leave behind some of the circumstances of the past that have made it so difficult," Obama said.

Raul Castro was the first Cuban leader to attend the summit in its 21-year history.

The Cuban President said he would continue to take steps toward normalizing relations with Washington, and was open to discussing human rights and other issues.

He noted the two governments can still have differences but "with respect for the ideas of the other."

US: Restoration of ties with Cuba in right direction

Speaking at a press conference following their meeting, Obama said, despite differences, the restoration of diplomatic relations between the two countries was a step in the right direction.

The US President said he was "cautiously optimistic" that the warming of ties between the Cold War foes will improve the lives of the Cuban people and help boost the country's economy.

He stressed that "Cuba is not a threat to the US". But said he'll need to study a recently completed State Department recommendation to decide whether to remove Cuba from its list of state sponsors of terrorism.