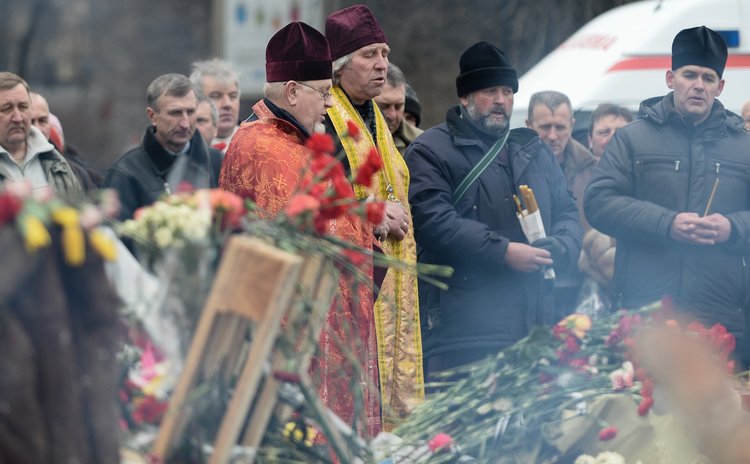 WASHINGTON, Feb. 28 (Xinhua/Sun) -- President Barack Obama said on Friday that the United States is "deeply concerned" about reported Russian military movement in Ukraine and warned that "there will be costs" for any military intervention in the country.

Any violation of Ukraine's sovereignty and territorial integrity would be "deeply destabilizing," Obama said in a hastily arranged speech at the White House, adding that it would violate Russia's commitment to respect Ukraine's borders and would invite global condemnation.

"The United States will stand with the international community in affirming that there will be costs for any military intervention in Ukraine," Obama added.

Obama noted that Russia has a historic relationship with Ukraine, a former Soviet state, including cultural and economic ties, and a military facility in Crimea.

In 1994, Russia, along with the United States and Britain, agreed to act as a guarantor of Ukrainian territorial integrity, as part of an accord in which Ukraine gave up legacy Soviet nuclear weapons on its territory.

Crimea is now the focus of Ukraine's ongoing crisis, where an armed group took control of the airport in the capital city of Simferopol on Friday, one day after security forces were put on alert in response to unidentified gunmen's seizure of local government and parliament buildings. Tensions flared up on the peninsula following the dismissal of pro-Russian President Viktor Yanukovych last weekend by a parliament controlled by West-leaning opposition, who favored integration with the European Union instead of closer ties with Russia.

Russian President Vladimir Putin on Wednesday ordered soldiers to be ready for war games near Ukraine, while Ukrainian Parliament Speaker Alexandr Turchynov, also the acting president, warned that any troop movements outside Russia's base in Crimea "will be considered as military aggression."

In recent conversations between U.S. and Russian officials, including a telephone conversation between Obama and Putin last week, Obama said Washington has made clear to the Russians that "they can be part of an international community's effort to support the stability and success" of Ukraine.

Obama emphasized that the Ukrainians deserve the opportunity to determine their own future.

"Together with our European allies, we have urged an end to the violence and encouraged Ukrainians to pursue a course in which they stabilize their country, forge a broad-based government and move to elections this spring," Obama said.

The United States will continue to coordinate closely with European allies and communicate directly with the Russian government, the president added.