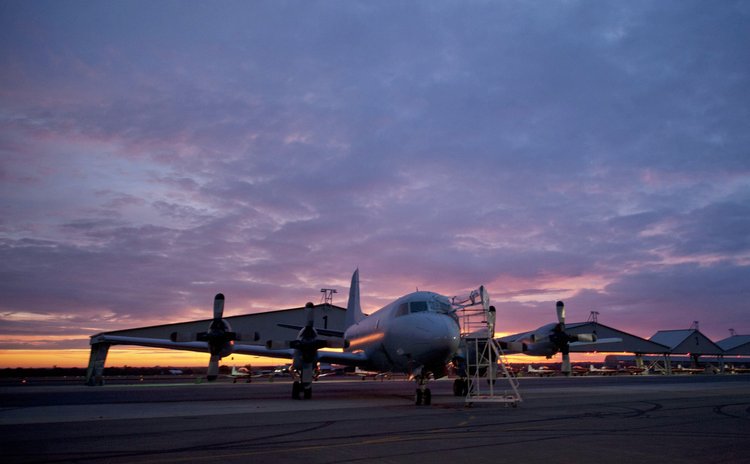 The shift was the result of a credible new lead that Australian Prime Minister Tony Abbott vowed would be thoroughly investigated.

The new search area, at 319,000 square km, is about four times bigger than the previous search area in the southern Indian Ocean and 1,100 km to the northeast, according to the Australian Maritime Safety Bureau (AMSA).

It was also just 1,850 km due west of Perth, meaning it was in more moderate seas and closer to the search base so aircraft could spend longer over the area, AMSA and Australian Transport Safety Bureau (ATSB) officials said at a joint press conference in Canberra.

The crew of a New Zealand air force P3 Orion reported seeing objects floating in the water late Friday, although they could not be confirmed by ship until Saturday, according to the AMSA Twitter feed.

"This is our best estimate of the area in which the aircraft has likely crashed into the ocean," said Young.

This analysis was combined with data from Boeing about the likely performance, such as speed and fuel consumption, of the Boeing 777 aircraft.

"The new information is based on continuing analysis of radar data between the South China Sea and the Strait of Malacca before radar contact was lost," said Dolan.

"It indicated the plane was travelling faster than previously estimated, resulting in increased fuel usage and reducing the possible distance it travelled south into the Indian Ocean."

Young said the new search area had two benefits, with the first being its closer proximity to Perth.

"We will certainly get better time on the scene. We started nearly 3,000 km from Perth," said Young.

"The other benefit we get from being further north is the search area has moved out of the Roaring Forties, which creates very adverse weather. I'm not sure that we'll get perfect weather out there, but it's likely to be better more often than we've seen in the past and we will see what that does it terms of satellite imagery when the retasking of satellites starts to produce new material as well."

Under the international convention relation to air accident investigations, searchers would have to hand over any wreckage retrieved to Australian authorities, he said.

"Any wreckage that is obtained we will hold on behalf of the Malaysian investigation team and await their instructions," said Dolan.

Prime Minister Tony Abbott said in a statement to Parliament that his government would continue to work closely with the Malaysian and Chinese governments on the search, which had been "a truly remarkable international effort."

"This is an extraordinarily difficult search, and an agonising wait for family and friends of the passengers and crew," said Abbott. "As I have said from the start, we owe it to them to follow every credible lead and to keep the public informed of significant new developments. That is what we are doing," he said.

Six ships were relocating to the new search area including HMAS Success and five Chinese ships.

A U.S. towed pinger locator and Bluefin-21 Autonomous Underwater Vehicle have arrived in Perth to assist with location and recovery of the black box flight data and cockpit voice recorders.