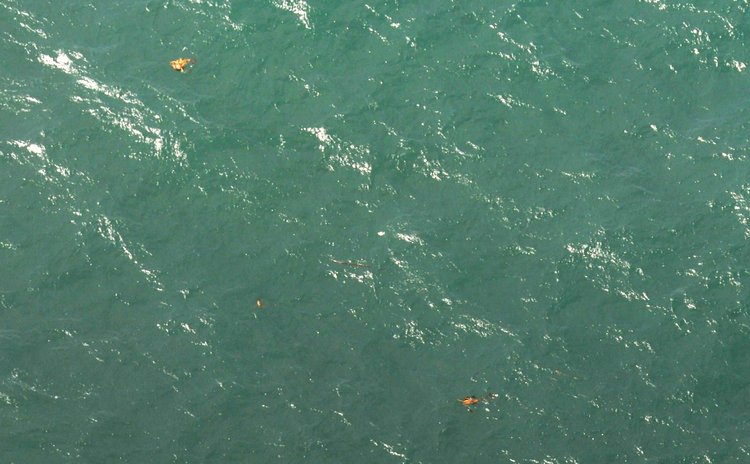 JAKARTA, Dec. 30 (Xinhua/Sun) -- Objects suspected of being parts of a missing AirAsia passenger plane were spotted in the Java Sea off Indonesia on Tuesday, an Air Force officer said.

The objects were found some 190 km from Pangkalan Bun of Central Kalimatan province, Dwi Putranto, an Air Force senior officer, told TV One.

"In the area, several objects with colors of orange, white, brown and black have been spotted. And they are small," he said.

A search team has been sent to the scene to verify the latest findings, he said.

The sea and aerial search expanded on Tuesday since Flight QZ8501 with 162 people aboard disappeared on Sunday en route to Singapore.

The Airbus A320-200 vanished from the radar screen 42 minutes after it took off at 5:35 a.m. local time (2235 GMT Saturday) from Surabaya in Indonesia's East Java province.

Ships and planes searching for missing AirAsia jet plane are heading toward the area where the suspected objects were found, Agolo Suprapto, senior official at the national search and rescue agency told Xinhua via phone.

An official from the Indonesian Transportation Ministry said Tuesday that the debris spotted off Kalimantan coast is likely to be from the missing AirAsia flight.