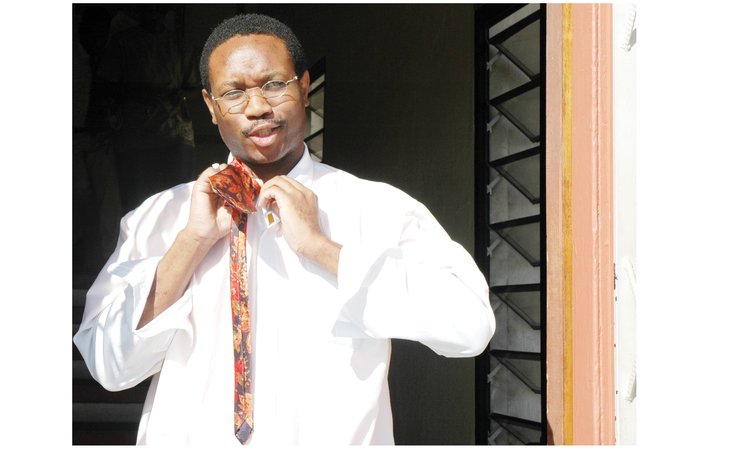 Forty-two-year-old Sherman Randolph Webb of Kingshill who was once sentenced to life imprisonment on the murder conviction of unlawfully killing Corey Rohan Poleon, 23, of Barbados at River Claire in the heights of Elmshall on Thursday, March 18, 2010, was released from State Prison on Friday, February 4, 2022, with immediate effect.

In handing down her sentence via zoom last Friday, Resident judge Justice Wynante Adrien-Roberts noted that Webb's sentence amounted to time served in prison with a 15-year benchmark prison term for manslaughter in Dominica and in other parts of the region.

Defence Counsel Kondwani Williams in submissions in mitigation before Judge Adrien-Roberts on Thursday, June 24, 2021, said that Webb had shown remorse. He had pleaded guilty and had been in prison for 11 years four months – serving time or being on remand – and that these factors be considered. Williams also stated that the benchmark for manslaughter was 15 years, a position which was adopted by the prosecution. Williams added that Webb had served his sentence and should be allowed to return to society to be a productive member of society.

Judge Adrien -Roberts postponed her sentence and then came that explosion of coronavirus cases in August.

Webb was first tried in the death of Poleon in June of 2012. The office of the Director of Public Prosecutions – DPP Gene Pestaina and State Attorney Arthlyn Nesty called 13 witnesses including experts from overseas. Webb, represented by Counsel Peter Alleyne, address the jury for two hours from the Prisoner's Dock in his defence. The jury of five women and four men however found Sherman Randolph Webb of Kingshill guilty of the murder of Corey Rohan Poleon of Barbados. Trial judge Justice Birnie Stephenson sentenced Webb to life in prison.

During his trial, Webb told the court he came in contact with Poleon through the internet in an occult chat room. Poleon came to Dominica in February of 2009 and told Webb he wanted to have his own spirit. Poleon came back to Dominica on August 31, 2009, to get fixed up with his guardian angel. On September 2, 2009, the two met at the Botanical Gardens and set off for River Claire to an abandoned house.

Webb had his circle and other props in place. He got out his book of spells. The two got into the circle and got into Webb's routine of invoking the spirit. The spell began to work, smoke appeared and the guardian spirit of Webb whirled around with increasing speed, Webb said. Corey seemed to panic. He stepped out of the circle. There was a sound, and Corey seemed to speak Latin. Only the whites of his eyes showed. Corey wet and defecated on himself. Webb decided it was one of two things. Corey was either dead or fully possessed.

"I picked up the cutlass and while holding it by the blade struck him twice with my left hand. I struck him on the lower jaw. He remained standing," Webb told the court

Webb buried Poleon under the floorboards of the house. He collected Corey's backpack and laptop and made his way to his home at Kingshill. That same night, he threw the laptop away and burnt everything in the backpack.

A retrial duly came before resident judge Wynante Adrien-Roberts on Tuesday, May 4, 2021, five years after the Eastern Caribbean Supreme Court had ordered a retrial for Webb. New defence counsel Kondwani Williams had the charge re-read to Webb. He pleaded not guilty to murder but guilty to the manslaughter of Poleon.

Judge Adrien-Roberts in arriving at her sentence accepted the benchmark of 15 years in prison. She noted no mitigating factors but found the remoteness of the area, the seriousness of the offence as aggravating factors and added one year to the notional sentence. In mitigation, Webb had assisted and cooperated with the police. He was a first time offender and remorseful. He had even written to the mother of the deceased (the deceased had five siblings as well), and for that, she deducted one year from the sentence.

Justice Adrian-Roberts found no aggravating factor in the offender while having pleaded guilty to manslaughter. Then there was time spent on remand and serving of the sentence for murder which resulted in the benchmark being reduced further.

The judge told Webb that he had served his time and should be released with immediate effect, before noon on Friday, 4th February 2022.