JUMP BALL No. XXV: (Part I): By Arlington James 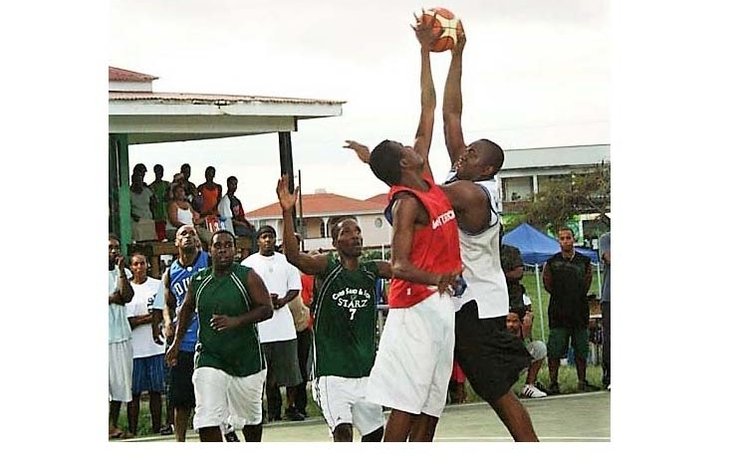 Dominica's National Basketball League first tipped off in May 1966, with only four teams participating in that historic season. Back then, team and crowd participation were strictly a "Roseau affair."

By 1967, however, the sport in Dominica was beginning to decentralize when a team from the southern community of Grand Bay – at the time that team was still unnamed – played and won a short exhibition match against St. Mary's Academy, at the official closing of that season.

Come 1968, the decentralization gained some momentum with the first "out-of-Roseau" team, viz. Nationals from Grand Bay, entering the National League.

Those pioneering Off-Season teams had all competed in the National League earlier in the year, and the Off-Season introduced them to a new form of defence, viz. Man-to-Man, which "proved too much" for some of them. The 1968 Off-Season was organised by the Basketball Sub-Committee of the Dominica Amateur Sports Association, organisers of that year's National League.

Four years later (1972), we saw the birth of the popular Bata Pros – the "pride of Sout' City Grand Bay in basketball". Additionally, that year a basketball court was constructed in that community, on the grounds of the Roman Catholic Church. Teams from Roseau such as Cardinals, Pistons and others travelled to the new court in order to engage Pros in friendlies.

The following year Pros debuted in the National League which, at the time, was still being run exclusively in the capital.

Over the ensuing years, Community/Off-Season Basketball Leagues were organised in several communities around Dominica, both in and around the capital as well as in coastal and inland rural communities. Many of those Leagues gradually allowed for the participation of "outside" teams, i.e. teams from outside the host community.

In August 1998, one of the local radio stations, Kairi FM, got on board and organised a "Street Basketball" Tournament, all in an effort at encouraging community participation in the sport. That tourney was won by Bad Boys of Massacre who took home the winner's prize of $300.

One of the most interesting Off-Season Leagues in the history of community basketball in Dominica was the Rural Eastern Basketball Organising Committee (REBOC) League. Participating teams had their home bases as far north as Paix Bouche, and as far south as Delices, to include other communities such as La Paine, Castle Bruce, etc.

A REBOC All Stars team even engaged teams in Martinique and Marie Galante. For the latter engagement, which was held in September 1991, the team travelled by fishing boats to go take on their French neighbours in a 2-match mini-invitational. This author, then a member of the Dominica Basketball Officials Association, travelled with the Stars as a referee.

(Article to be concluded in next issue of Jump Ball)