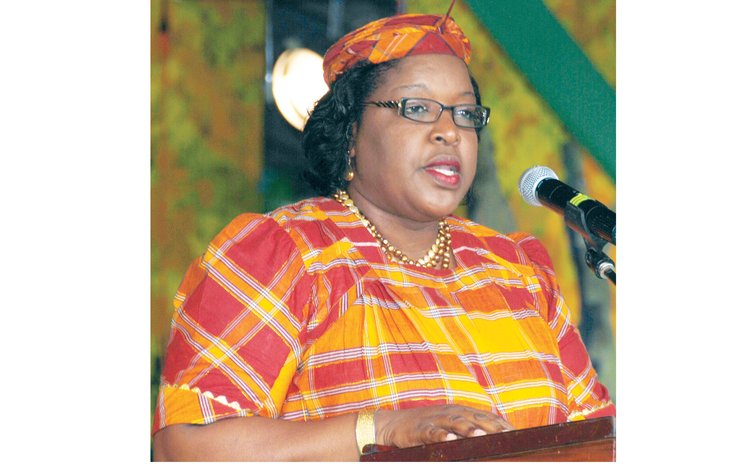 "Oh my God! Boy, I don't know. I don't know," was his reaction when asked what he felt about Prime Minister Roosevelt Skerrit's choice of Loreen Bannis-Roberts as the new ambassador to the United Nations.

"Real people are in short supply," he finally said.

On the other hand there's Crispin Gregoire, Dominica's first permanent representative to the UN and the man who revolutionized the role and made the country's presence felt before Vince Henderson's "disappearing act".

A career diplomat, Gregoire was more cautious in talking about the new appointment.

"I really don't have much to say. I think it's great that a woman has been appointed for the first time. I hope we will . . . be more present. One of the [problems] with the last ambassador, he was not present. The man was absent. As a country Dominica's presence declined to the margins at the UN because he was absent," the former ambassador told The Sun.

Gregoire has called Bannis-Roberts to wish her well and to offer to share his experience and expertise. He would not say whether he thought she would do a better job that Henderson, but admitted there would be concerns among some in the Diaspora in the New York area about the new ambassador's involvement in recruiting Dominicans in the United States Virgin Islands to vote for the Dominica Labour Party in general elections at home.

"So some people in the Diaspora don't trust her," he said. "Success for one person may not be success for the person who comes after. In terms of making an impact . . .[she] has to be open and not be selective as far as [her] countrymen are concerned, and has to embrace everybody."

However, Martin was a lot less diplomatic in his appraisal of Bannis-Roberts, leaving no doubt what he felt about her qualification for the post and her less-than-stellar performance as Dominica's liaison officer for Diaspora affairs. It was a position to which she was appointed in 2010, and her duties, though never made clear, included flying sometimes from St. Thomas, where she was based, to St. Croix and St. Maarten to meet Dominican nationals and seek out ways to bring Dominicans together, assisting in compiling a registry of Dominicans living overseas, enabling the flow of information to Dominicans wishing to return home and "facilitate overseas nationals," prepare documents and papers relating to various areas of cooperation with the Diaspora.

But there have been no visible signs that the country benefitted from that appointment, although the same could not be said for the ruling party, Martin suggested.

"In this world where international, inter-country relations are crucial … and how you position yourself as a tiny nation, you need to send your best people to the world. You need to have people who have training [and] Loreen did not even have training to be a minister. Her only [skill] was to mobilize people and send them to vote and back. She is not suited for the job," Martin said. "We send somebody like a Loreen to represent us whose only experience in politics is how to steal an election. It just says to me . . . we have governments that are quite comfortable not being held accountable. What makes it worse is you are sending people of incompetence to make a fool [of ourselves]."

Gregoire, on the other hand, took a different view, suggesting that Bannis-Roberts' experience as a minister will have some currency on the floors of the general assemble.

However, he said, Skerrit needed to demonstrate greater commitment to the global body.

"It really does not come down to academic credentials per se. In Loreen's case she was a minister and that will bring her a lot of respect at the UN. The question is, are you smart enough to navigate the UN for Dominica?

But to Martin, the entire thing is nothing but a really big joke.

"It's laughable. It just deepens our incompetence."