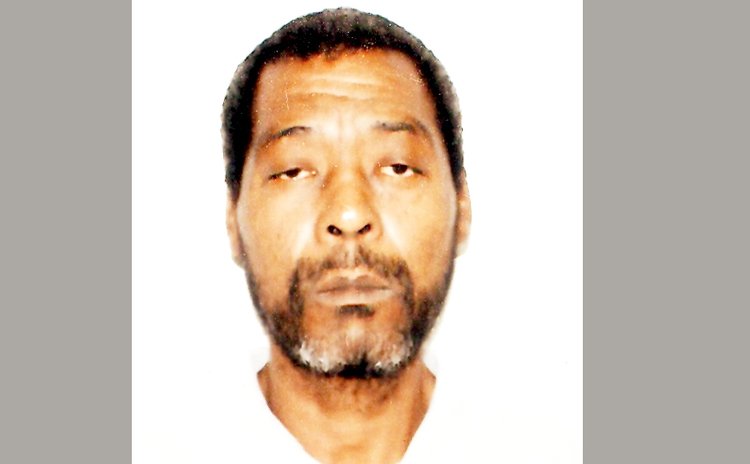 It is a beautiful Wednesday evening and twins Don and Deon, two young men from Newtown are sitting on a step near the Newtown Savannah having a casual conversation.

Suddenly Don asks Deon, "So, you listened to Steven's 'Did You Know' this morning?" to which his brother responded, "No. I didn't get the chance. But I have one for Steven… Did you know that Harlem's 'O'Grells' played basketball?" Don was a bit puzzled, and asks Deon, "Which O'Grells? The same O'Grell I hear that was the powerhouse on Harlem Rovers, and who did not miss a Carnival?" Deon merely smiled, nodded in approval and told his brother "Well, if you didn't know, then now you know… That's one I have on you!"

So, let us look back at the basketball journey of Oliver "O'Grells" Grell.

O'Grells Laying Up: Oliver, who is also known as "Olly" by some of his friends began his journey in competitive basketball as a young teenager, as a member of the St. Michael team in St. Mary's Academy's Inter-House Basketball Competition in the early- to mid-1960s. He soon donned his school team's colours and represented St. Mary's Academy (SMA) for three seasons (1968, 1969 and 1970) in the Island's Basketball League which was in its 3rd, 4th and 5th seasons then.

While on SMA, he regularly top-scored for his team. Playing mainly in the Centre position and sometimes as a Forward, and with his favourite shots being the jump shot and the lay-up from the baseline, a sample of Grell's scores for 'Academy' were 18 Pts versus Nationals in his debut year in the league (1968), 21 Ps against Centaurs, 20 versus Atoms and contributed 12 Points to SMA's efforts against Cardinals (all in 1969), and 20 Pts vs Falcons in 1970.

The 1969 season had also seen Grell being the 3rd highest aggregate scorer in the first round of the Basketball League with his 127 Points for St. Mary's Academy, and being a member of RESTS team that played against 1968 League and Knockout champions Caroni Cardinals in the season opener. He scored 12 Points for Rests.

After graduating from secondary school Oliver played with two other teams in the Island/State Basketball League. Firstly, he was a member of Harlem, the only team to represent the Harlem community in basketball; that team only played in DABA's 1974 Off-Season. His final team was Sunstyle Ambassadors (1975-1976).

His Favourite Opponents: The teams that O'Grells enjoyed playing against the most were Atoms while he attended SMA, and later Cardinals because of the comradery and their level of skill.

Grell Representing Dominica: Grell debuted on the Dominica State Team in 1969 while still attending school and playing with St. Mary's Academy. In their tour to St. Kitts that year he was one of the top-scorers in their 3-0 clean-sweep of St. Kitts' League Champions Celtics and the St. Kitts State Team. The other two top-scorers were Wilmoth LeBlanc and Bernard Thomas.

O'Grells was also a member of the State Team for a tour to Martinique (1970), and importantly, he toured with the Team when they competed in the 1st Windward Islands Basketball Tournament staged in St. Lucia in 1975.

Wearing Other Colours: In addition to serving on the Island/State Team, Oliver had also represented St. Mary's Academy in the Inter-Schools Tournament between SMA and the St. Joseph's Academy from Antigua. That Tourney was held in Dominica in 1967.

Later, while attending the University of the West Indies in Barbados, then Trinidad, he represented Cave Hill Campus followed by St. Augustine Campus in basketball at the Annual Inter-Campus Games at Eastertime.

O'grells Walked For Basketball: One of Dominica's biggest fund-raising events to support a sporting venture was dubbed, 'Belle Marcher Pont Cassé'. That grueling 28-mile walk was held in May 1969 and Oliver was one of the approximately 430 participants.

As a member of that year's State Team Grell had taken that fund-raiser so seriously that The Dominica Chronicle had even published a photograph of him in its 10th May edition. That photo was captioned, 'Oliver Grell does a massage job on his blisters after a training walk for the Belle Marcher.'

Grell's Non-Basketball Caps: Apart from his involvement in basketball O'Grells wore several other caps. Not necessarily in order of importance, in his professional capacity Grell is the holder of bachelor's and master's degrees; is a soil scientist; and served as Director of Agriculture. In football, he is a founding member of Harlem Rovers. He also served as President of the Dominica Football Association in two stints in the 1980s. And in the area of culture, O'Grells was one of the stalwarts of the Thunderbirds Carnival Band, reveling annually with the 'Birds' for many years.