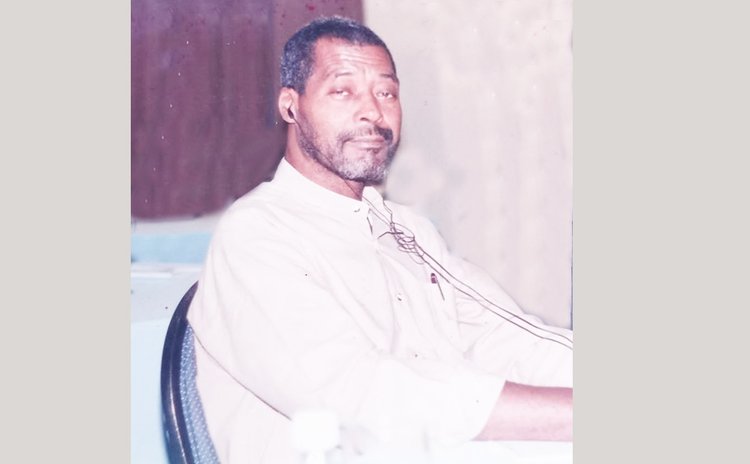 s Part I of the article presented the basketball teams that Oliver Grell played with; his favourite opponents; representing school, Dominica and university; participating in a 28-mile Walk-a-Thon; and wearing his 'non-basketball' caps. The article concludes below.

Other Harlemites In Basketball: The name Harlem in Dominica's sports arena is synonymous with football. No doubt about that! But, the area did 'try its hands' in a few other sporting disciplines, e.g. netball, and basketball. With a basketball half-court constructed on the grounds of the 'Newtown Old School', the Harlem community had fielded a team simply called Harlem in the State Basketball League's Off-Season competition in 1974.

It can be said without contradiction that Oliver Grell is one of two basketball players from the Harlem community who reached the furthest in the sport. But there are several other 'Harlemites' who made their contributions towards the development and sustenance of the sport on the island. Coincidentally, five of those players were associated with the same basketball team.

Joseph "Tootie" Guiste, Herminus "Chombie" Emanuel and Leonard Clarendon – These players were outstanding on the legendary Harlem Bombers football team and were also members of the Harlem basketball team.

Brian "Fanny" Peters – "Fanny" was one of Harlem Bombers' senior players; he also played basketball briefly with Bata Pros from Grand Bay in the 1970s.

Cuthbert Williams – Played for Atoms then Cardinals in the 'National' League and was also a member of the Dominica Island & State Teams. He was selected on the Windward Islands Basketball Team in 1975.

Rochester Warrington – "Roche", as he is affectionately known was a member of Cardinals when they made a tour to St. Lucia in May 1970, defeating a St. Lucia Representative Team in the three matches played.

Loftus Emmanuel – "Loftie" served as Cardinals' Manager when they undertook their 1970 tour to St. Lucia.

Caesar Emmanuel – "Zar" was also a member of Cardinals when they toured St. Lucia in 1970.

Carl Peters – Although at one-time Carl – from Lower Bath Road – did not get much playing time, on at least three previous occasions he was a high-scorer with Cardinals. In 1973, for example, he sank 12 Pts in Cardinals' 58-52 victory over Pros. The following year, again against Pros, he scored 10 Points in a 62-62 tied game which had gone into Overtime at 56-56. Then in 1977, in Cardinals' 92-41 demolition of EJT Rockers, Carl contributed a big 28 points to the overall team effort.

Derwin Francis – Derwin, a former national footballer and Captain of Harlem Bombers performed his magic on the basketball court for half of the decade of the '90s, and again in 2007. He was consistently a high-scorer and on occasion the top-scorer for his team.

In addition to playing with Clifton Dupigny Community College in the Schools League and representing Dominica in the 1991 Windward Island Schools Games in St. Lucia, Derwin went on to play with four teams in the DABA National League; none of those teams competed at the senior level.

Firstly, he played with (Roseau) Sonics in Division III in 1991; then Dayroll's Leopards in Division II in 1992 and 1993; followed by Life of Barbados Timberwolves in Division II in 1994 and 1995. He then took an 11- year break from basketball, focusing on Harlem football, before returning to the court in 2007, playing with Tony Astaphan Stormers from Goodwill in the 2nd Level Men's Division.

It must be noted that in 1993, while playing with Leopards Derwin hit what may have been his highest score ever, 46 Points versus Carbon Refrigeration Roots Runners in a 77-69 Pts victory. That year he received the DABA award for Highest Individual Scorer in Division II (159 points, at an average of 31.80 PPG).

Returning to Oliver: Passing back to Oliver while advancing towards the basket, in case you were wondering how O'Grells managed to play both basketball and football at the national level for some time in the 1970s, there were three key factors, and in O'Grells own words, it was a matter of "Being disciplined, time management and love of sports." Sports was a significant part of his life, he admitted.

He played a leadership role on Harlem's basketball team, and shares these words of advice to young basketballers: "Get mentally and physically fit to be able to play the game properly. Make time to practice, and do the right things. And, of course, maintain discipline!"

Remarks: Jump Ball would like to wish Oliver all the best in his retirement and thanks him and his spouse Marie-Louise for their contributions. Statistical information sourced from archived newspapers.

Jump Ball extends sincere condolences to the families and former basketball team mates of Robert 'Bob' Alexander (Flames) and George Andrew (Dominica National Player, Harks, Owls) who recently went to the Great Beyond. May they Rest In Eternal Peace.