Olympic Day Run: Getting the couch potatoes out of the couch 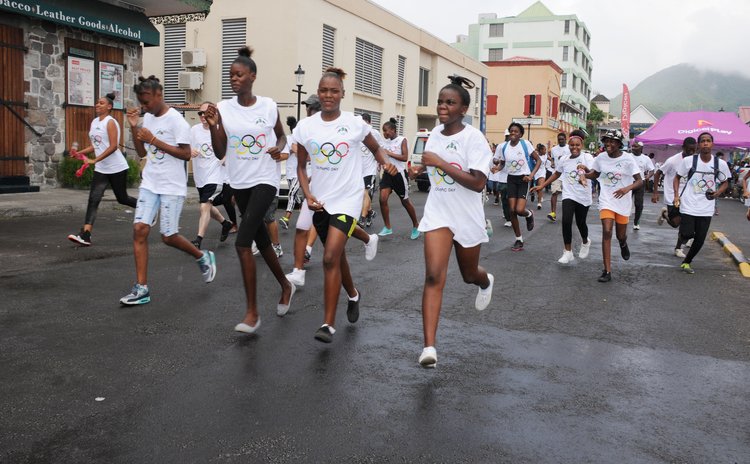 Before the Run, DOC president Felix Wilson read the message of the IOC President, Thomas Bach.

"Like you people around the world… are sharing the joy of sport and fellowship rooted in Olympic values," said Wilson. "Olympic Day is for everyone regardless of age, or athletic ability; the important thing is to get the couch potatoes out of the couch."

As a slight shower reduced the sun's heat, this year's run or walk started at the Dame Eugenia Charles Boulevard from the Tourist Reception Terminal from 3:00 p.m.