New Covid-19 variant, Omicron, threatens the minor recovery the Dominican economy may have made in 2021 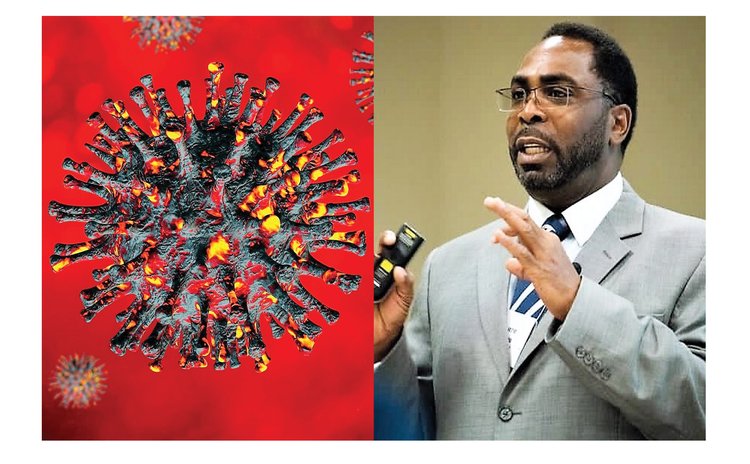 As a businessman involved in travel and tourism, Wellington Daway experienced the worst of times at the onset of the COVID-19 pandemic. The closure of international borders had left his tour company, H.O.T Pepper Tours and his six-unit guest house, Suite Pepper, both in Jimmit, as well as his single-unit cottage in Pottersville, Pepper's Cottage, struggling for air.

True, a few local guests patronised Suite Pepper at the time, but not enough to take it off life support.

"It still wasn't enough, you know, for what you need to cover," Daway told The Sun.

However, with the reopening of borders, and his business certified as part of the Work in Nature programme – an initiative under which properties that meet certain criteria are qualified to host visitors – things began looking up again for the local service provider. Tourists are booking his place again and as recently as Saturday he took some cruise ship passengers on a tour.

"Things are much better now," revealed the businessman. "It's encouraging. More people are travelling and from December 8 we're getting straight flights from Miami to Dominica, so that would increase the [number of] persons coming into the island."

Dominica's tourism is a long way from recovering from COVID-19, with only 6,652 tourists visiting the country between January and July this year – the latest for which statistics are available – down 64.2 per cent when compared to the previous year. But it's enough for small operators such as Daway to begin finding their footing again, and the direct flights from Miami – twice a week, increasing to three times a week in January – give them reason to be optimistic.

But the recent discovery of Omicron, the latest variant of the coronavirus, is a potential spanner in the works, and has left tourism officials and countries around the world rattled and nervous.

Already, jittery holidaymakers are considering cancelling or postponing their travel plans and key markets, including the United States, have reintroduced various levels of travel restrictions, some of which were recently removed. In fact, the US has further tightened testing requirements, mandating all travellers entering the U.S. — including returning Americans — to provide negative tests taken within one day of departure instead of the three days now permitted for vaccinated travellers.

In addition, the US Centres for Disease Control and Prevention has advised against international travel until a person is fully vaccinated, while the World Health Organization (WHO) recommends that people who are not fully vaccinated, have not previously been infected, are 60 years or older or have comorbidities such as heart disease, cancer and diabetes, should postpone travel to areas with community transmission.

"I am very concerned," said Daway. "I am concerned because we've seen what happened when we just close down the place. So if that comes to pass again, well . . ." He did not complete the thought, but the consequences could be dire.

Little is known about this new variant, which has now been detected in nearly 40 countries – and one-third of US states - although no deaths have yet been reported in any of these nations, according to WHO.

Scientists say it's the most heavily mutated version of COVID-19 discovered so far, with 50 mutations overall and more than 30 on the spike protein, which is the target of most vaccines. Researchers are now carefully monitoring cases of the variant to determine how swiftly it spreads and how easily it evades the body's anti-virus defences, although there appears to be some evidence that Omicron has an advantage over other variants in bypassing the immune system.

Still, most scientists, including Dr. Swinburne Augustine, a Dominica-born research microbiologist and immunologist at the US Environmental Protection Agency, whose research is being adapted for use in the fight against COVID-19, are optimistic about the power of vaccines to safeguard people from the new variant.

"People need to be vaccinated because it is only in the non-vaccinated people that the virus will change," explained the immunologist.

"Get your booster shot," he told The Sun. "We understand the virus, we know it's changing, what can get us out of it is our behaviour, not the virus."

It's a view shared by Dr. James Hospedales, the former head of the Caribbean Public Health Agency (CARPHA), who told The Sun he was not surprised by the discovery of the new variant. Hospedales argued that there are still too many people around the world who are unvaccinated, thus providing fertile ground for the virus to mutate.

Only about seven per cent of Africa's population is fully vaccinated, and according to the latest update from CARPHA for the week of 28 November to 3 December, Antigua and Barbuda (57 per cent) is the only Caribbean Community country with over half of its population fully inoculated. Barbados and Belize (47 per cent) and St. Kitts and Nevis and Trinidad and Tobago (46 per cent), are the only other ones with over 40 per cent of their populations fully immunised. Dominica is at 37 per cent.

"You have hundreds of millions of people not vaccinated, the virus spreading and one which has had other mutations before, so not unexpectedly, a new one has arisen," observed Hospedales. "And more of this will happen."